Include support for GDA2020 spatial projection

Note: This idea doesn't strictly fit into any given category as it involves enabling support for something that affects numerous aspects of Alteryx's already existing spatial features.

I live in Australia. As do a large number of your users. Like me, many of those users use Alteryx to process spatial data. There is only one problem; we live on a roving continent. Every year our continent shifts ever so slightly but over time that shift becomes significant. For this reason we have our own continental system of spatial coordinate projections. It's called the Geocentric Datum of Australia or GDA.

Since 2000, the official Australian geodetic datum has been GDA94.  However, according to the Intergovernmental Committee on Surveying and Mapping (ICSM), because the coordinates of features on our maps, such as roads, buildings and property boundaries (and so on), are all based on GDA94, they do not change over time. This is why they have since adopted a new datum: GDA2020. This has now become the standard for mapping in Australia, bringing Australia’s national coordinates into line with global satellite positioning systems.

A more detailed explanation of this can be found on the ICSM's website: What is changing and why? | Intergovernmental Committee on Surveying and Mapping (icsm.gov.au).

Of course Alteryx supports the more global WGS84 standard, which like GDA94 is a fixed datum. But there is up to a 1.8 metre discrepancy between GDA94 (and WGS84) and GDA2020. For spatial analysis projects that don't require metre accuracy that's not a problem. But imagine you are building a bridge, plotting the lanes of a road or programming a GPS enabled tractor. That 1.8 metre discrepancy between the real world coordinates and the projection is enough to cause problems.

And it is. Which is why we request that Alteryx include support for GDA2020 in its existing selection of spatial projections.

This will enable spatial datasets configured in GDA2020 to not require conversion and thus risk corruption or error. This includes providing the ability to configure GDA2020 as the spatial projection in the input tool and all spatial tools.

Doing so would go a long way to supporting your ever growing Australian user base and maintaining Alteryx's position as a trusted software for processing spatial data. 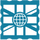 This absolutely needs doing. GDA 2020 is the universal national standard in Australia, so how Alteryx can imagine that not supporting it is in anyway acceptable is beyond me. Get to it. Pronto. 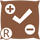 Thank you for flagging this important issue - I am having the same problem.

I live and work in Australia too and am a frequent Alteryx user.

My job as a data analyst often requires me to create/run workflows including spatial data and I would like to use the latest datum available being GDA2020 to be consistent with government guidelines.

I hope that Alteryx will listen to our request and make this datum available as soon as possible! 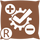 C'mon guys, if you get started now you can take off January and February for the snowboarding. Cheers.

Slight correction on information above.

Alteryx supports WGS84, but it is a dynamic or time dependent datum, whereas GDA94 and GDA2020 are both static. While they reflected WGS84 in 1994 and 2020 respectively, these two static datums are around 1.8m apart meaning default use of WGS84 can be problematic.

Not only that but of course the GDA datums are based on a spheroid model that is custom fitted to the portion of the earth's surface occupied by the Australian continent, whereas WGS is a generalist one-size-fits-all model for the whole globe, so GDA datums are intrinsically more accurate in this country than WGS 84, the ever-widening time-dependent difference due to continental drift notwithstanding.

Given that Alteryx is heavily promoted and marketed in Australia, and that they take exorbitant annual licence fees from all users here, not supporting this country's current standard datum is really not a good look. For any country that they actively push their product in, as they do here, they should be prepared to keep up to date with support of that country's national datum.