How can a well-designed data visualization lead to deeper understanding of data? Data visualization expert Alberto Cairo joins us for an extended conversation about creating, revising and enjoying thoughtful data viz.

Alberto talked about how data visualizations help us see things we otherwise couldn't see in our data such as trends and patterns that might not be visible when your data are in a tabular form, but that jump off the screen when you make a visualization. Have you experienced a moment when a visualization helped you see something otherwise unseen in your data, maybe with important or useful consequence? 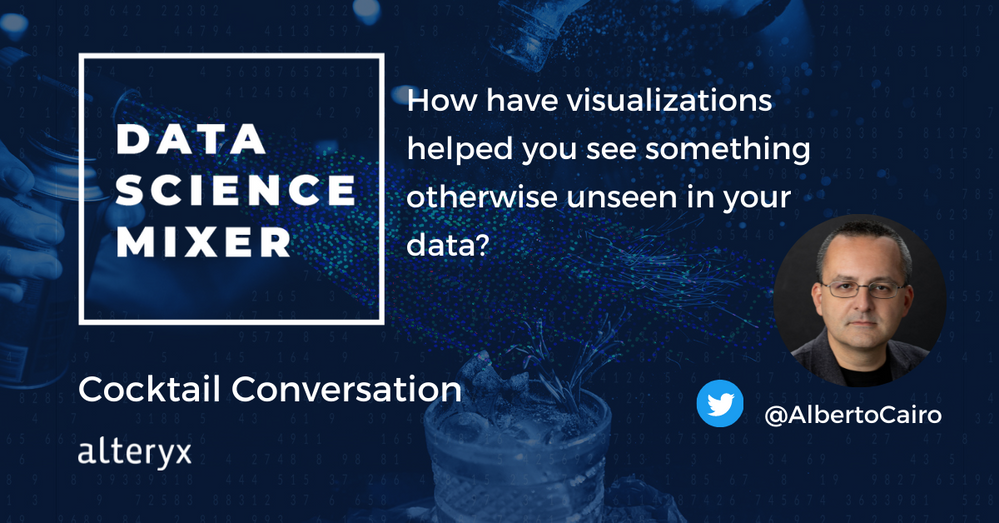