Alberto Cairo, author, researcher and internationally recognized expert on data visualization, joins a special video episode of our Data Science Mixer podcast. We’ll discuss best practices, including communicating complex data, dealing with 2020’s outliers, and preparing ourselves and others for the future of data visualization. 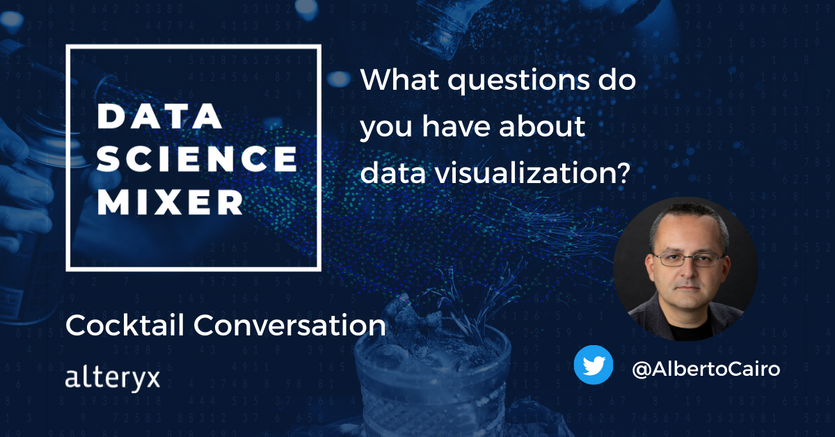 What questions do you have about data visualization?