We go behind the scenes of Alteryx Machine Learning and the Alteryx open-source Python libraries with Alteryx CDAO Alan Jacobson. He shares his experiences leading the data scientists who create tools that empower even the most hardcore data scientists.

What are your favorite analogies, metaphors, and explanations for data science concepts? Do you have a favorite way of talking about an idea in data science that you think is especially effective or fun? 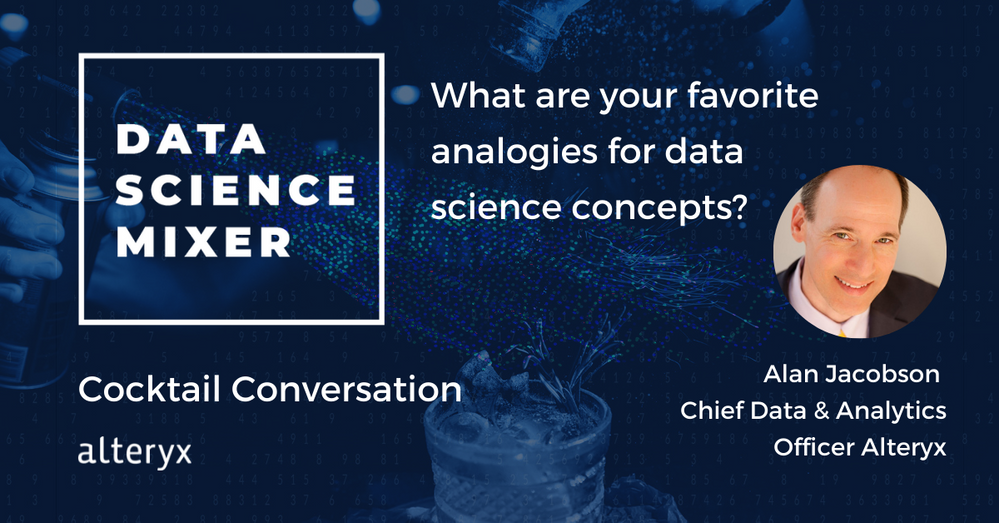