What is the data landscape at a food bank? How about an air medical organization servicing the Australian outback? We sat down with Foodbank Australia and Royal Flying Doctors Service and learned why data is critical to their work, and how Alteryx helps take their data analysis to the next level.

Both of these non-profits participated in an Alteryx for Good data challenge in March 2020, where Australian university students used Alteryx to provide analytic insights to organizations. To hear the student journeys, check out episode 59: Reporting from Australia: an Alteryx for Good Data Challenge Adventure 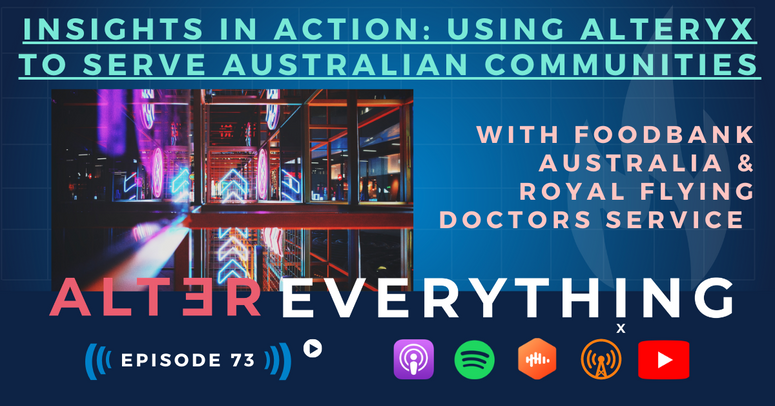