With initiatives like the Alteryx ADAPT Program, we’re passionate about upskilling the workforce. But how do you leverage your new skills to land your dream job? The Alteryx Talent Acquisition team joins us to share tips on why you should showcase data literacy in your interview, how to leverage your network to foster career beneficial connections, and how to navigate negotiations like a pro. 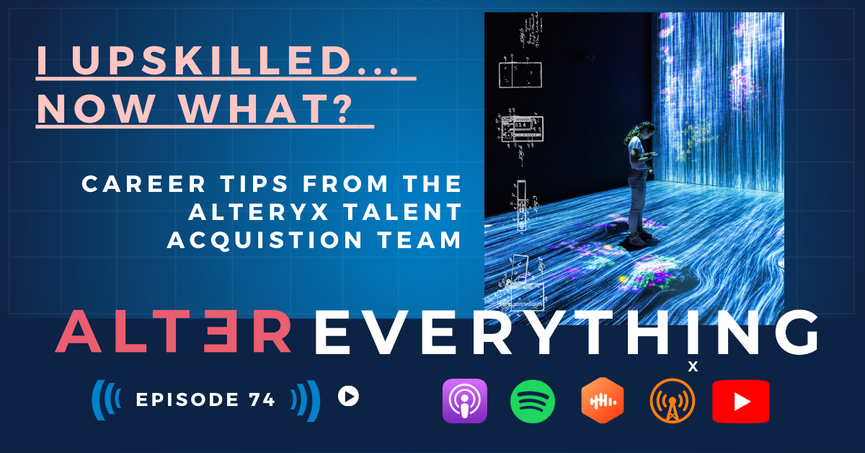