Give your two cents here
Announcement | We'll be doing maintenance between 2-3 hours, which may impact your experience. Thanks for your patience as we work on improving the community!

72: Alteryx Innovation Labs: Our home base for machine learning

MaddieJ
Alteryx Community Team
When it comes to innovation and enablement at Alteryx, we have a “can’t stop, won’t stop” attitude. Guests Max Kanter and Clara Duffy live and breathe this frame of mind as they put machine learning products into the hands of the next generation of data thinkers, and embody a culture of collaboration and open thinking. 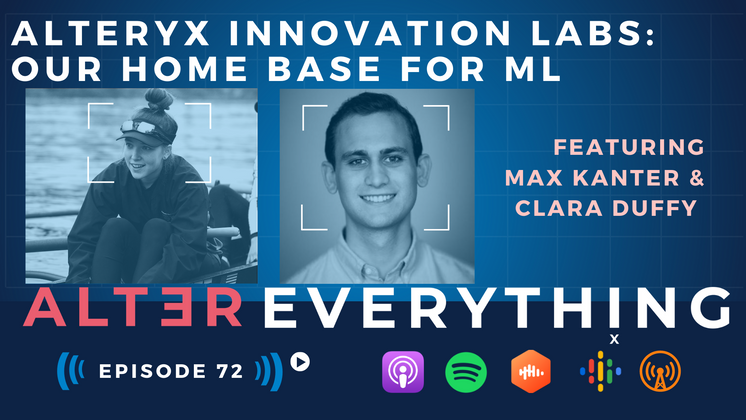