I’ve just returned and settled back in from an amazing week at the happiest place on earth – Alteryx Inspire…which this year was held at Anaheim, CA (Home of DisneyLand). I can confidently say that this was easily the best Inspire to date. Everything was so well organised and executed, and the Alteryx buzz was more contagious that ever. 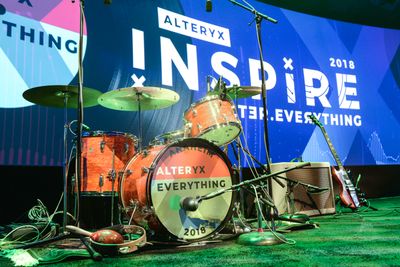 This was the first conference where I have put myself forward to speak, and I’m very pleased that I made this decision! I was fortunate enough to share the stage with my partner in crime, friend, and fellow ACE Daniel Brun. Our session was jam-packed and unfortunately doors were closed and attendees turned away 10 minutes before the session even started! Apologies to those who could not make it into the room, but a write up of our session and accompanying materials can be found here. The session was titled “Data Rules Everything Around Us” and focused on some of the things that you may not have ever thought possible in Alteryx. We started by showing ways of scraping Twitter data and doing sentiment analysis in Alteryx using tools from the Alteryx Gallery, and then took it up a level by demonstrating three different third-party API integrations for: Google Vision Image Recognition, downloading and compiling reports from Tableau Server, and then pushing these out via Google Mail. We ended the talk with 3 quick tips and tricks each. 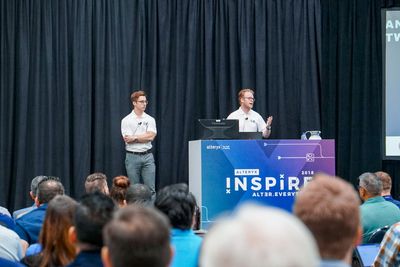 The best part about speaking was hearing the amazing comments from attendees after our session, both in the room and when walking around the un-convention. It makes it even more rewarding hearing from many of you that what we had to say was interesting and helpful! Unfortunately, this year I was unable to make it to as many sessions as I would have liked due to speaking slots, meetings and having too much fun hanging around with fellow Alteryx enthusiasts in the Solution Centre and the other areas of Alter.Nation!

As well as the fantastic sessions, conversations and ideas, Inspire is the best place to find out about the upcoming developments to the Alteryx platform! I’m not sure what I can say publicly, but I’m more excited than ever before about the future direction of the platform. The sneak peaks into the future of Alteryx Connect and Server can’t come soon enough 😊 the future is bright, the future is Alteryx!

I will hopefully see many of you at Alteryx Inspire Europe in London, where I will certainly be putting my name down to speak again and I recommend you to do the same! If you’re unable to make it over to London then I’ll see you over on the community, twitter, at the London User Group or in Nashville for Inspire 2019. 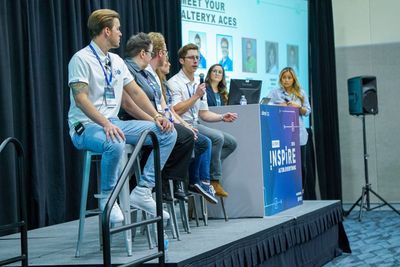 Thanks for sharing your experience with the Community @Joe_Lipski!