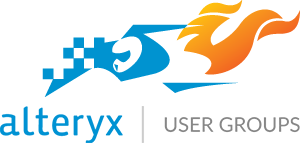 We're excited to announce that the Grand Prix is returning to its traditional format at Inspire 2018. Read the announcement.

We will once again have three final contestants racing to solve a series of data challenges faster than their competitors. The goal of the evening: to prove which contestant is the master of the workflow.

If you're eager to flex your Alteryx muscle in front of a roaring crowd, make sure to throw your hat in the ring for the 2018 Alteryx Grand Prix!

We hope you can join us for Inspire 2018, and either compete or cheer on our final contestants in this year’s Grand Prix.