Learn more
I AGREE
Announcing Alteryx + Snowflake | Alteryx and Snowflake make analytics and data science fundamentally easier. With the new integrated starter kit, you can push down data prep transformations and more into Snowflake for faster data quality and analytics output. Learn More
The Alteryx Community will be temporarily unavailable for a time due to scheduled maintenance on Thursday, April 22nd. Please plan accordingly.
community Data Science Portal Alteryx.com
alteryx Community
Sign Up Sign In
Search
Turn on suggestions
Auto-suggest helps you quickly narrow down your search results by suggesting possible matches as you type.
Showing results for
Search instead for
Did you mean:
Close

Join us this May for a multi-day virtual analytics + data science experience.

Incremental/Uplift Modelling is a popular method of evaluating the success of business initiatives at Cineplex. Its effectiveness at measuring the change in consumer behavior over time creates a high demand to produce this kind of analysis for various departments in the organization. Due to the large amount of requests we receive, the ‘Incremental Lift Model’ was developed to take in user-defined inputs, and output the results within a short period of time.

Our solution works through a four step process. The first step is for the client to populate the ‘study input form’ in order to define their study parameters and the type of study they want to run.

The second step is to update/materialize our loyalty data that’s inputted into the model (yxdb format). We do this so that the model doesn’t put stress on our SQL Server databases, and to increase the model’s performance. 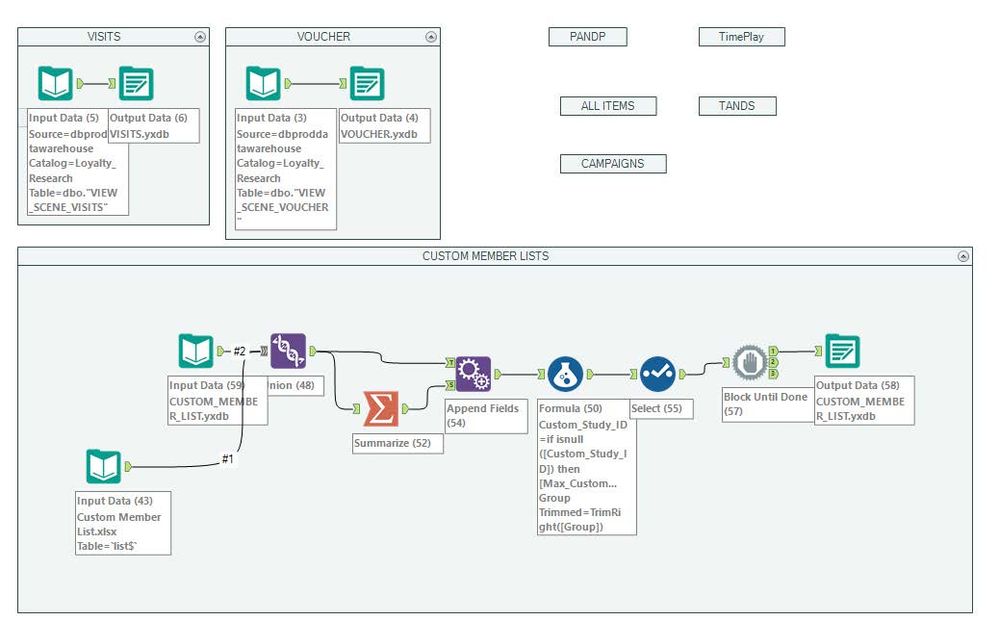 The third step is the core of the incremental lift modelling. A macro processes one study at a time by pointing to the user defined inputs made in the first step.

Visual 3: Study Numbers are selected and passed through the incremental lift macro, and saves the output to SQL. 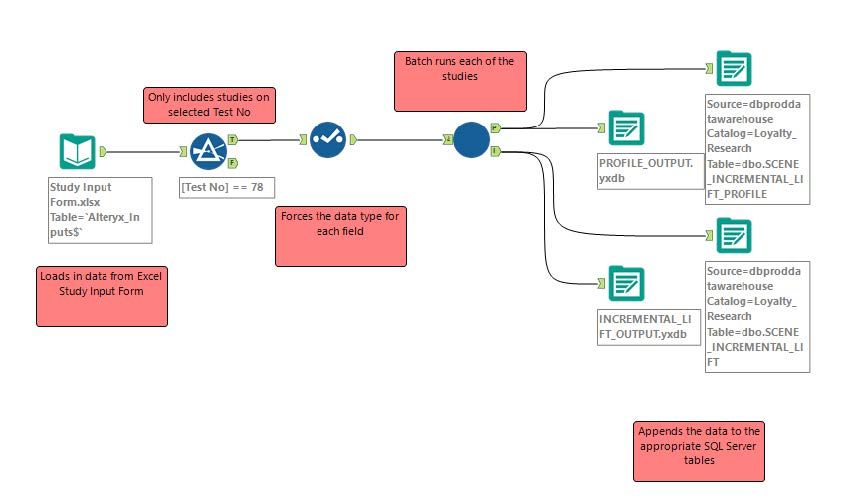 The data will then be passed through one of several macros depending on the study type, and filtered down based on the inputs defined by the user in the study input form. All data sources are joined together and lift calculations are made, which are then outputted into a master SQL Table ready to be visualized. 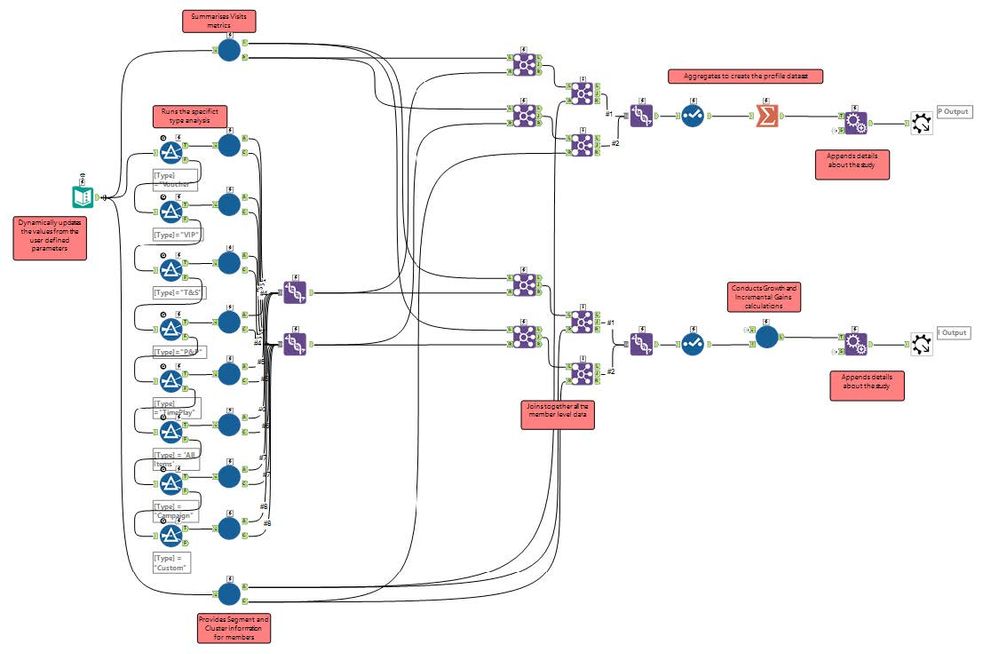 The results are visualized using a Tableau Dashboard in order to share and communicate the results of the study back to the business clients.

Visual 5: Tableau Dashboard to explain to the business how the incremental lift model makes its calculations. 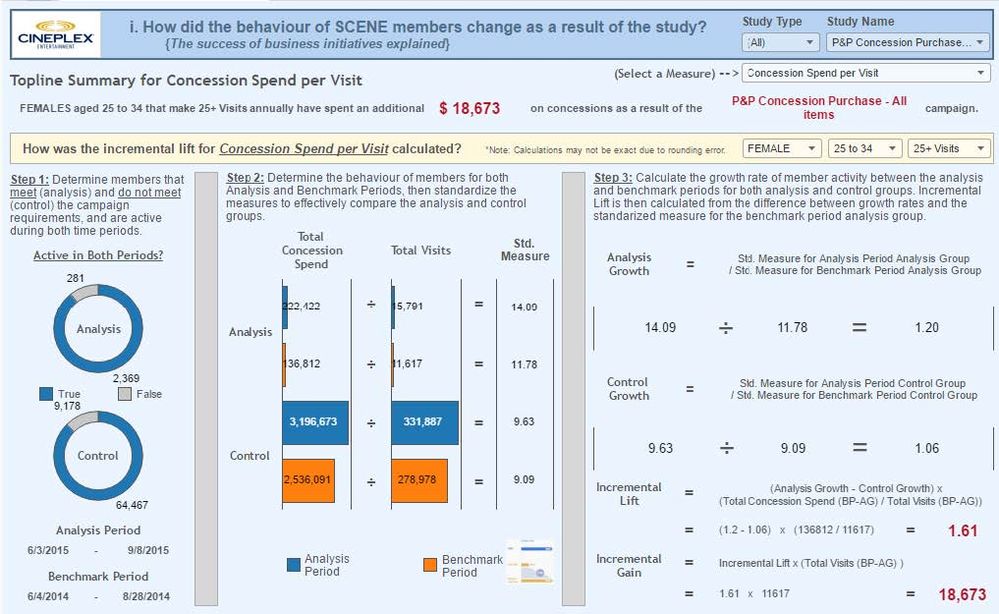 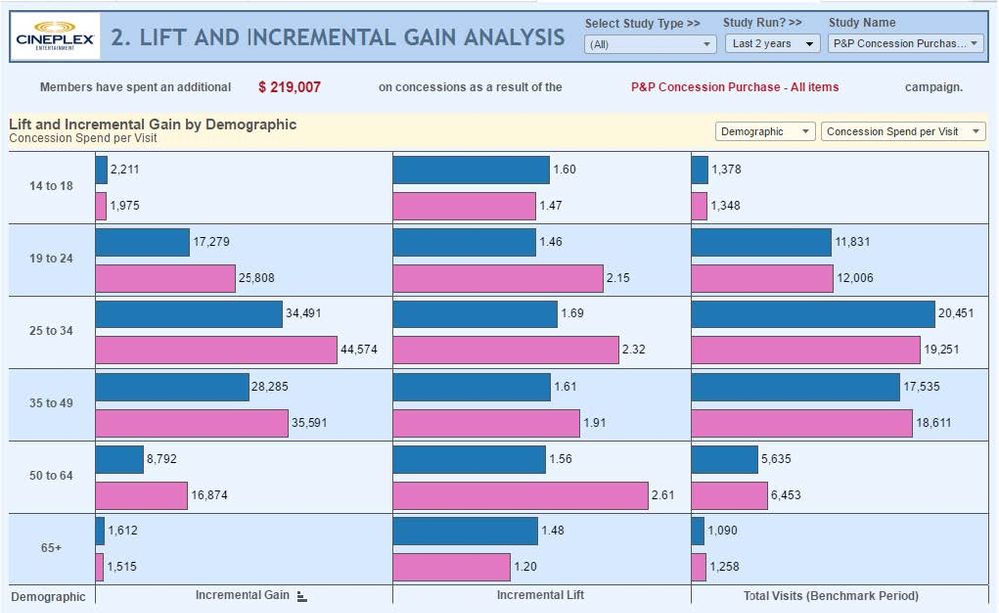 The overarching goal of this project was twofold; to minimize the amount of work required to process business requests while maximizing the output generated, and to develop a means of delivering the results in a consistent manner. Both of these goals contribute greatly to our ROI by virtually eliminating all time spent executing requests that come in, and by minimizing time spent meeting with business users to explain how the incremental lift model works and how to interpret the results.