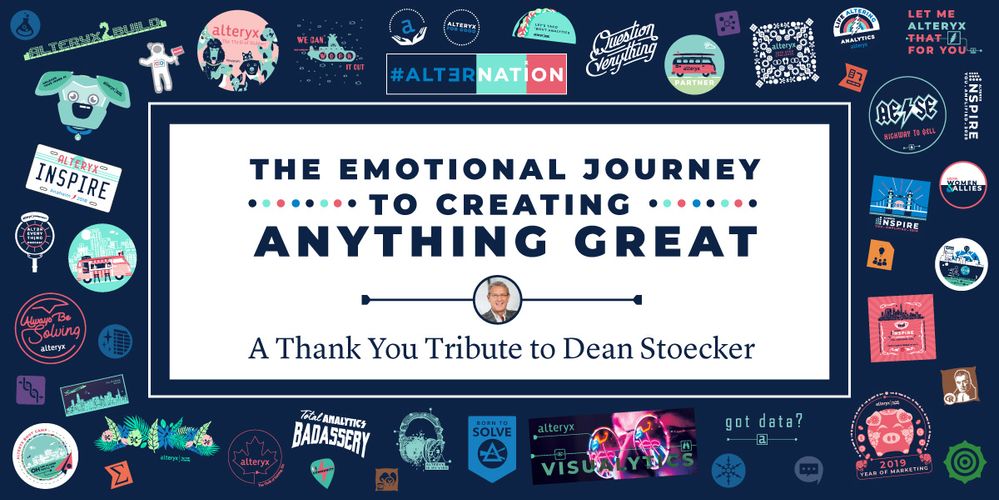 Many of you who know our co-founder and executive chairman, Dean Stoecker, have likely heard him refer to Alteryx as a “23-year overnight success.” And if you haven’t, you’ve probably heard him speak about “the emotional journey to creating anything great” – whether it be in reference to the founding of Alteryx or any other personal or professional endeavor you might be embarking on. When I met Dean in 1990, I never could have imagined the emotional journey we would embark on for over two decades to build an award-winning, game-changing and difference-making technology and amazing company. As Dean recently transitioned out of his role as CEO to executive chairman, I also moved into a new role as chief advocacy officer. These past few months allowed me to reflect on the emotional journey to creating Alteryx – and Dean’s leadership, vision and perseverance that got us to where we are today.

When Dean and I joined the same company in 1990, we were virtual co-workers (even before the days of Teams/Zoom, etc.), with Dean based in California and me based in Connecticut. A few years after starting, I took a promotion and went out to California to accept a sales position on Dean’s team. Our company was also going through an acquisition, where the acquiring company was trying to raise money to go public with venture capitalists in charge of the company strategy and execution, which wasn’t working. At this point, Dean and I were tossing the idea around of going into business on our own, and in 1997, we walked out of our perfectly well-paying jobs to start our business venture. We were introduced to our third co-founder, Ned Harding, a few months later, and shortly following that, we launched Spatial Re-Engineering Consultants, or SRC LLC – what is now known today as Alteryx. 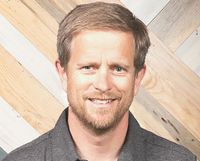 “When I was writing Alteryx, I’d often end the workday stumped by the feature I was working on. I’d inevitably get up in the middle of the night and have the solution and run to the computer to implement the solution quickly while it was still fresh in my mind. When it was done, I'd email Dean and say, ‘hey Dean, want to see something cool?’ Every time, he’d email me back within minutes, saying ‘sure, how about now?’ and we’d find ourselves on a 4 a.m. Webex, showing the new feature, designing how to make it better and building an awesome product together.” - Ned Harding, Alteryx Co-founder

The idea of SRC LLC came from a simple concept: Making technology easier and more accessible to business users. Dean and I had many conversations around this. At the time, the Internet was in its infancy with dial-up phone lines and screeching connections. Companies had data, but line of business users couldn’t easily gain access to it or analyze it. In our current world, this is still a problem that Alteryx solves for every single day – making data analytics easy and insightful for business users. While Ned focused on building the technology, Dean and I focused one thing and one thing only: Selling. As salespeople, this came naturally, but as you can imagine, selling a technology when you have yet to secure any customers was a little challenging. And, our biggest challenge was finding those companies that were willing to take a chance with us, a small startup that self-funded. 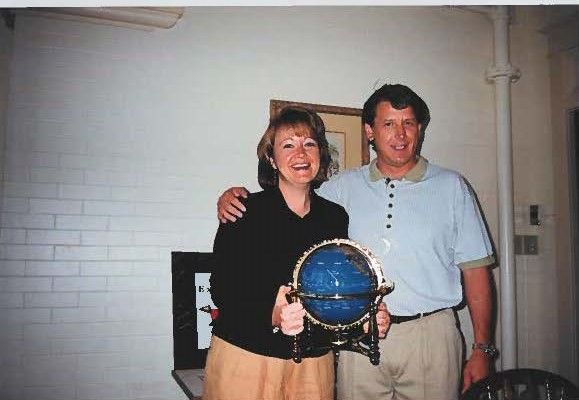 Dean and I at our first company conference, Extend, in 1998 (now known as Inspire)

Our journey began looking up when we secured our first customer: A company called Money Mailer that would provide direct mail pieces from local businesses in one envelope, delivered to your mailbox. They contracted with us to build a web-based analytic platform that allowed franchises to target geographic zones with advertisements. At the time, we were specifically focused on geospatial analytics for the line of business user, so we were a solid solution for this type of customer. This was a huge step for us in our journey. Another major step was hiring our first associate. Amy Holland came on board to help generate sales. At the time of her hiring, she arrived at our office in Orange, California, and didn’t even have a desk, phone or computer yet. There is tremendous risk in joining a startup, and in that moment, I am sure Amy felt some kind of regret or worry. But, she worked with Ned on the development of what we know today as Allocate – which currently sits in Alteryx Designer. And now, 23 years later, Amy still works at Alteryx as vice president of product operations. 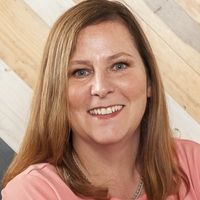 “I’ve had such an opportunity to be a part of a business from the ground up, and I will forever be grateful for that. Thank you so much [Dean] for believing in me and for being such an amazing teacher through all of it. I don’t think I’ll ever be able to articulate what it has meant to me to be part of the legacy that you’ve created. I won’t ever be able to express how grateful I am to have opportunity to have met you and gotten to work with you, and to be part of the Alteryx family that has grown so much.” - Amy Holland, VP of Product Operations at Alteryx

In 2006, we launched what we all know today as Alteryx Designer, and in 2010, SRC LLC officially rebranded to Alteryx – a word that Dean made up, which takes into account our geospatial focus at the time and ability to “alter” the lat/long or x/y dimensions with Designer. Our company conference, Extend, rebranded to Inspire, and our tagline became “Inspiring Ingenuity.” From March 2010, we never looked back. More and more customers began to realize the power of Alteryx and became so passionate about the technology. This made our journey so incredibly rewarding and still to this day, is the bread and butter of our success. In 2011, we recognized the strong reception from the marketplace and marched towards a 2017 IPO. These milestones don’t even begin to cover it – from launching Alteryx for Good to opening new offices across the globe to leading the category of analytic process automation, there is so much to reflect on and be proud of.

Our first company conference, Extend, in 1998 (left), and our now annual user conference, Inspire, in 2019 (right)

The Alteryx journey has been an amazing journey, and as the company continues to grow, there are only great things ahead of us. Dean’s vision has and always will be the driving force behind this company, and I firmly believe the incredible culture has been built with his vision for building a team to satisfy needs of our customers. I am forever grateful to Dean for believing in something we both knew had the potential to do amazing things, and for his dedication, commitment and patience in bringing a simple idea to life. Under Dean’s leadership, this company has grown from 3 people to over 1,500 associates, from one customer to nearly 7,000 customers, from a community that didn’t exist to now a global community of passionate problem solvers who are part of the Alteryx Community today. He has touched the lives of so many people across the globe, putting the thrill back into problem solving and giving them the freedom and time to do what matters most. As Dean would say, “look at what we built today.” Thank you, Dean, for your leadership and contributions in building something great. The best is yet to come. 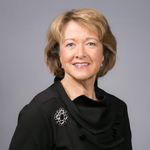 Olivia Duane Adams (Libby) is the chief advocacy officer (CAO) and co-founder of Alteryx, and one of only a handful of female founders to take a technology company public, along with her founding counterparts, Dean Stoecker and Ned Harding. Libby’s vision and leadership in the creation of the world’s leading data science and analytics community is a key factor in the company’s 24-year success. She is responsible for strengthening upskilling and reskilling efforts for Alteryx customers to enable a culture of analytics, scaling the presence of the Alteryx SparkED education program and furthering diversity and inclusion in the workplace.

Olivia Duane Adams (Libby) is the chief advocacy officer (CAO) and co-founder of Alteryx, and one of only a handful of female founders to take a technology company public, along with her founding counterparts, Dean Stoecker and Ned Harding. Libby’s vision and leadership in the creation of the world’s leading data science and analytics community is a key factor in the company’s 24-year success. She is responsible for strengthening upskilling and reskilling efforts for Alteryx customers to enable a culture of analytics, scaling the presence of the Alteryx SparkED education program and furthering diversity and inclusion in the workplace.