121: How to show your boss the value of Alteryx

If you want to show your boss the power of Alteryx, this episode is for you! As a Senior Manager in the International Tax Team at Expedia Group, Lauren Sparks is full of tips for how to demonstrate time savings with Alteryx, and shares how teams benefit from comprehensive Alteryx training. 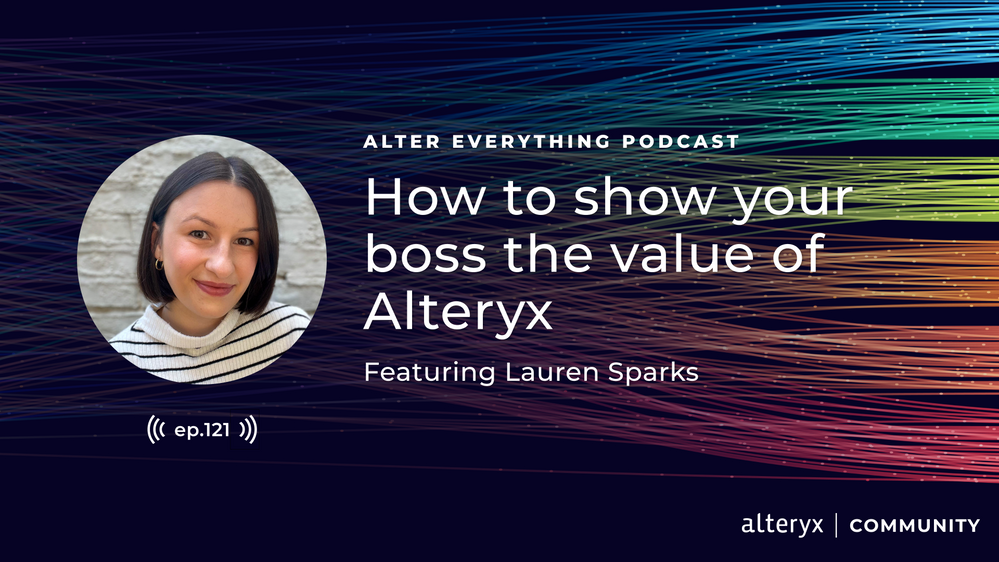 If anyone is curious about using blob tools to format their outputs after listening, here's a helpful blog about it! https://community.alteryx.com/t5/Engine-Works/The-Blob-Reporting-That-Isn-t-From-a-Horror-Film/ba-p/...