Challenge #109: Women in Government Around the World

For that last week of International Women's month, we  will looking at data around women holding government positions.  Remember - you this will be the last opportunity to enter into our contest to win the book: "Good Night Stories for Rebel Girls". Simply upload a solution to this challenge and have a chance to win!

This week's challenge has us asking: "What are the top 3 countries that had the greatest percent increase in women holding government seats between 1997-2017 for each income group?"

To get to the answer, here some rules on how the data should be treated:

1) We are only looking at data from 1997 to 2017
2) Remove countries not reporting data from 1997-2017
3) If a year is left blank, assume that the percent is the same as the year previous to it
4) The country must have a designated region and income group for analysis - if not, remove it
5) If a country had a drop in percent of seats held by women more than two times, remove it from the list of top performing countries.
6) Of the remaining countries, calculate the total percent change difference between 2017 and 1997
7) Rank the top 3 countries for largest percent change for each income group (expect 12 results)

Fun challenge.  I really got into the 'flow' of analysis and ended up with a bit of a sprawling workflow, but it does the job.

Look forward to seeing this done much more elegantly by others :-D 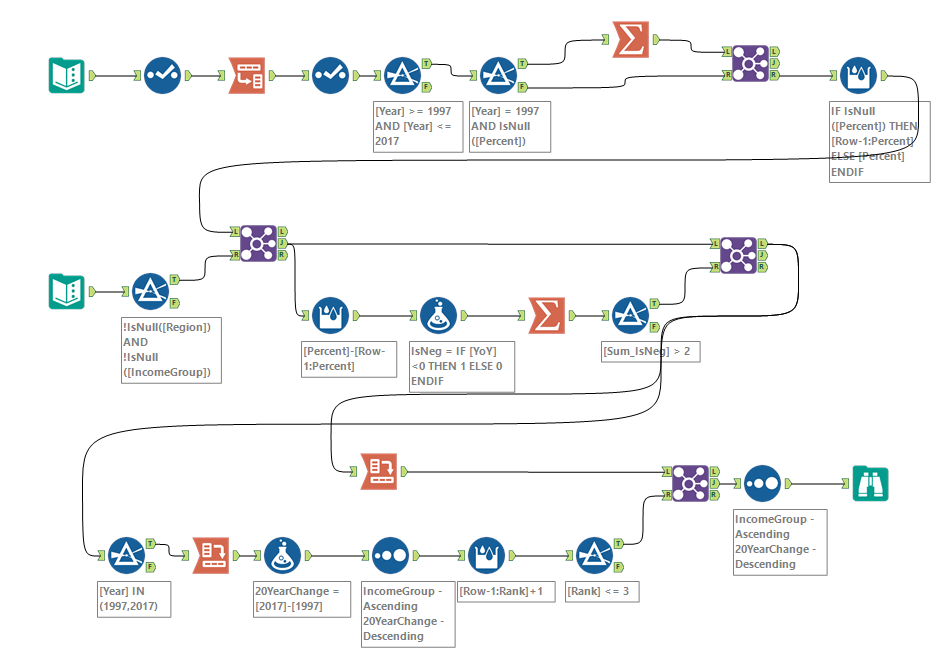 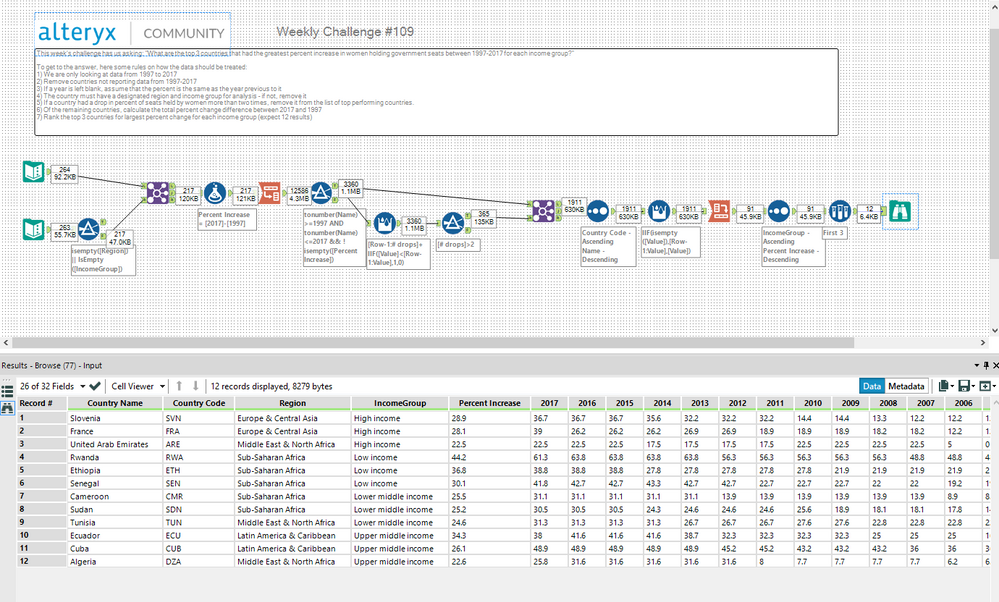 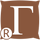 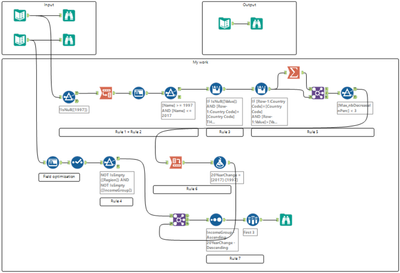 Got to use my favorite tool, the Multi-Row Formula, twice!

This was a fun challenge! 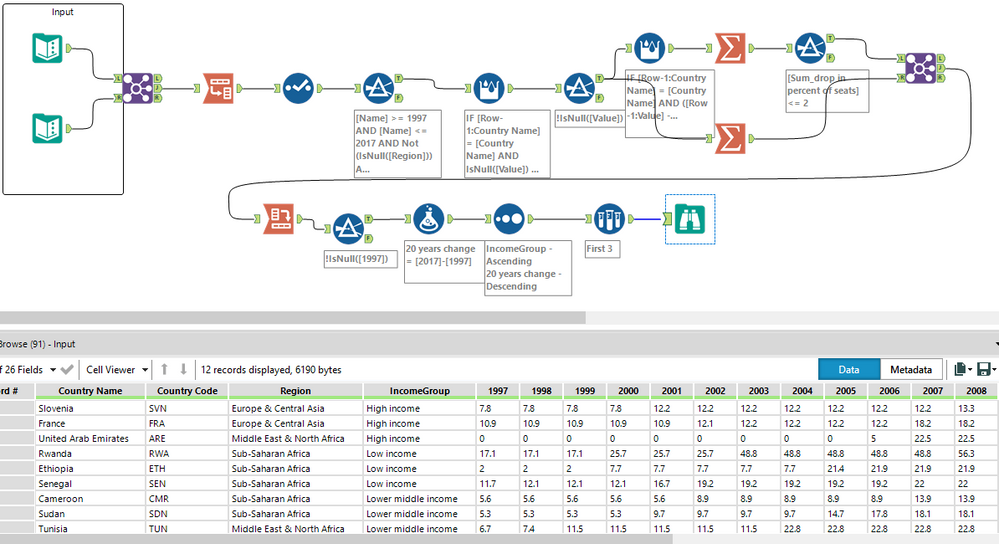 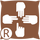