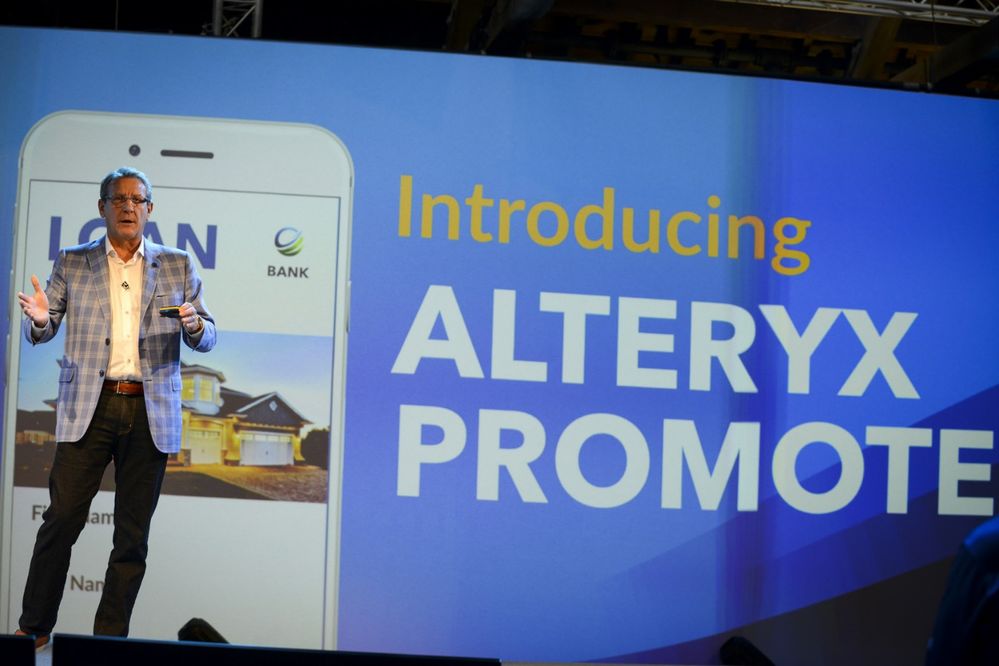 Alteryx Promote extends the Alteryx Platform to deliver that “Last Mile” in the analytics process — making analytics actionable. This process has been broken for the longest time. In most organisations today there is a real disconnect between data science teams and developers or software engineers. Data scientists typically work with a variety of statistical coding languages like R or Python to build predictive models, before they turn it over to a developer or engineer to embed the model into an application. The problem with this is developers doesn’t always know R or Python; they work in Java, .NET, PHP or Javascript. Rewriting an optimised statistical model from R into Java takes significant amounts of time, is very expensive and error prone, and in some cases reduce the models effectiveness. This causes massive delays in the model deployment process and in many cases according to TDWI — model deployments can take around 6 to 9 months.  By the time this model gets into production, its outdated and even potentially harmful to the business. 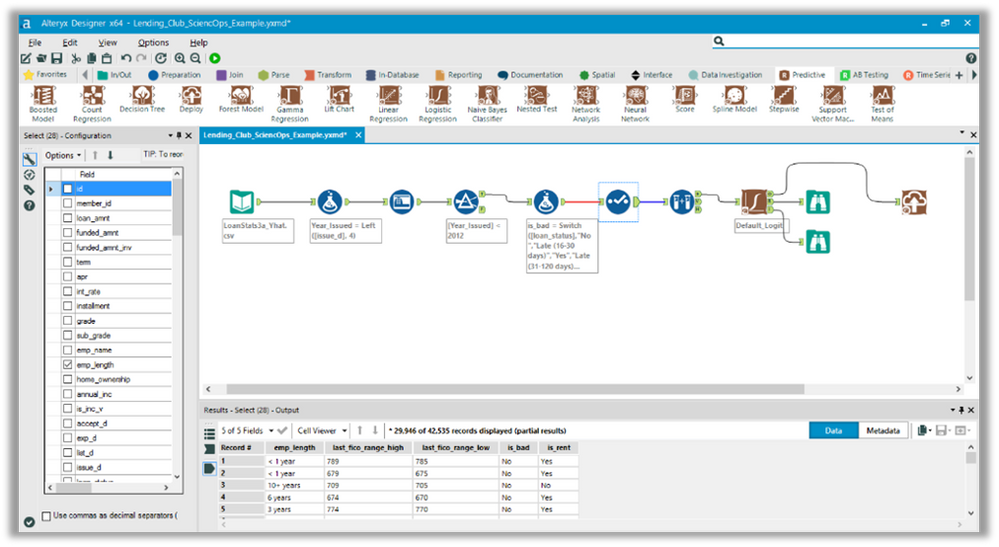 Alteryx Promote allows you to seamlessly deploy and send data for predictions to a predictive model in a code-free workflow environment or in a code-friendly environment. It takes the already powerful drag-and-drop workflow interface of Alteryx Designer and provides a new Deploy Tool that lets users easily deploy a model built in Alteryx directly into Alteryx Promote.  Data scientists using R or Python can also deploy custom-built models to Promote and easily make them accessible to analysts and web developers. 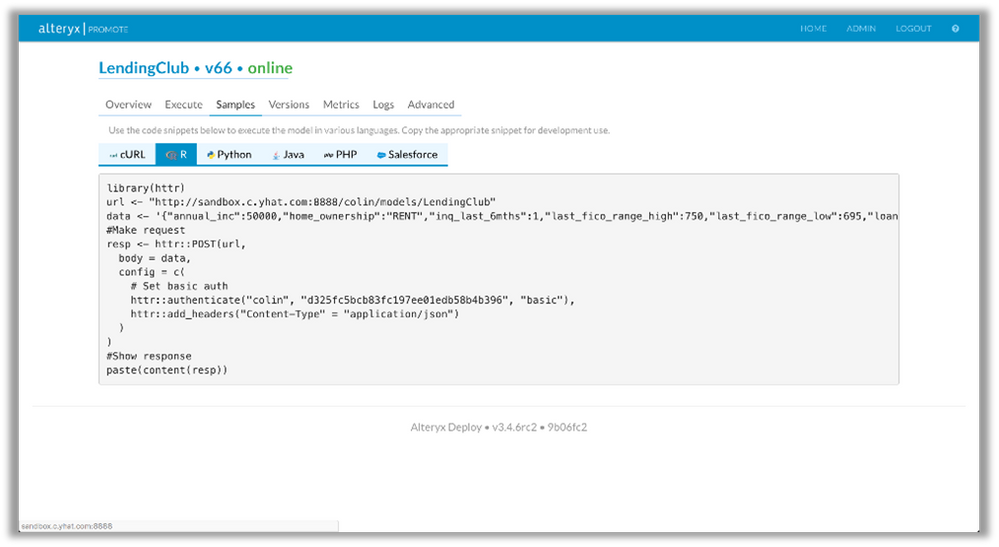 The REST API from Alteryx Promote gives engineers and developers the necessary code they need to embed models into real-time applications using the programming language of their choice — such as Java, PHP, .Net.  Models can even be embedded into internal systems such as Salesforce. 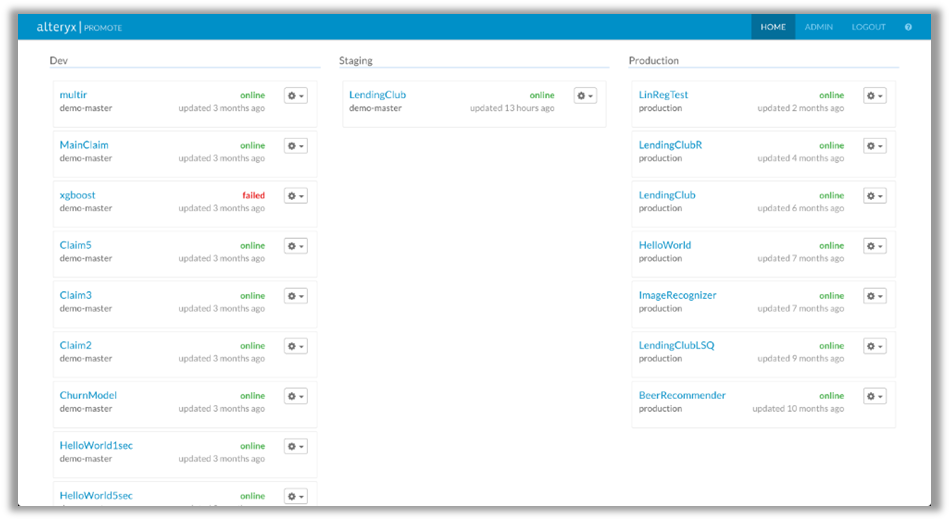 Develop, Stage and Productionize your Models

The key to model deployment is to make sure that the best model is being deployed. Alteryx Designer gives users the ability to build, run and compare models prior to deploying to Alteryx Promote where they can be managed from development, to staging for internal peer review, and finally deployed to production. In addition, version control and tracking within Promote helps to facilitate organized collaboration ensuring that most recent model is being used. 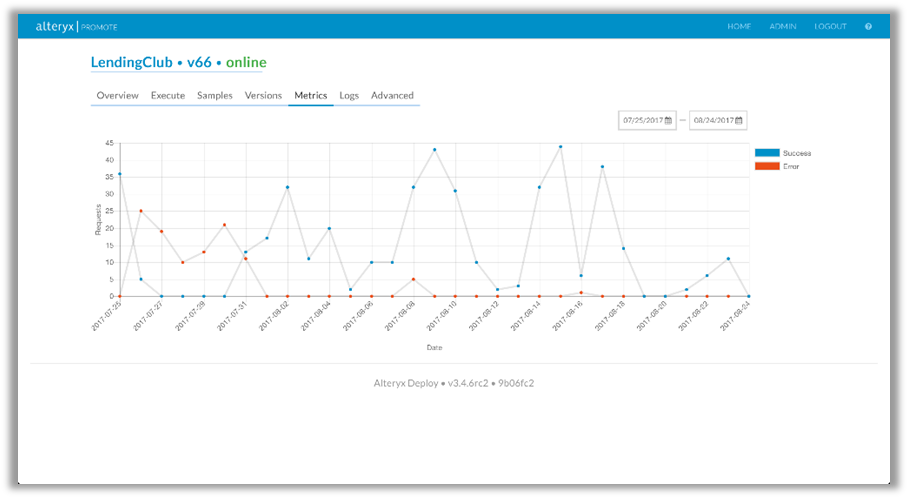 Monitor the health and effectiveness of your Models

Finally, in addition to model deployment Alteryx Promote provides both system-level monitoring of model-hosting infrastructure and high-availability functionality, helping organizations to monitor their infrastructure, and have confidence that their models are always up and ready to service requests for predictions in real-time.

We are so excited to have released this first version of Alteryx Promote and can't wait to see data scientists and analytics teams leveraging this tool to operationlize predictive models and machine learning algorithms in a way that has huge impacts to their businesses.

Do you want to see what Alteryx Promote is all about? Watch the short video below to see it in action!

For more information on Alteryx Promote, check out the following resources: 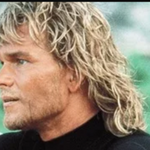