Levenshtein distance in the Addresses 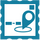 Could you, please, advice me, what is the best way to implement it?

Hi @svergtanya, there is a tool in Alteryx that allows you to create the Levenshtein distance between values (the fuzzy match tool) but unfortunately there is no way of extracting the values out of the tool, instead you are given a % match score, so this maybe worth looking into.

However, regardless of the above, you could make use of Alteryx's ability to interact with Python to solve this problem, specifically there is a package titled "Levenshtein" that allows us to get the information you wish fairly easy.

The solution I have shared is based on you passing in a two column table, one column titled 'Left' and one column titled 'Right'. The script will then compare the values on a line by line basis, passing the output to anchor ''#1" coming out of the python tool. 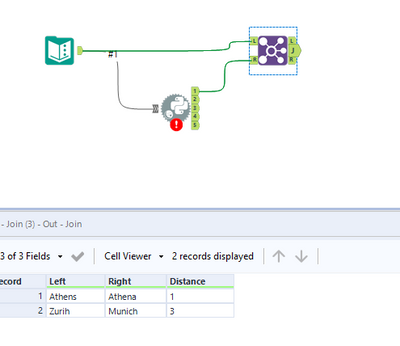 As mentioned the example workflow is attached. It's then a case of using a formula tool to create your new flag field...

Thank you for such detailed response.
I have not used Python before in Alteryx, so it took me quite some time to install the package, as had issues with SSL and python version.