The Mexico City Grand Prix adds a major variable that teams must deal with to be successful. That variable is the high altitude. 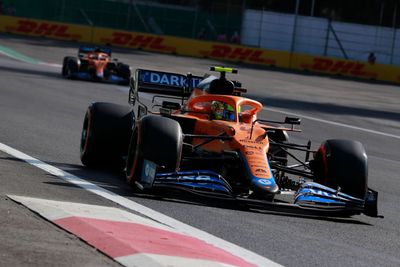 I live in Colorado, and the altitude had an effect on my body when I moved here. I couldn’t run very far, stairs were an issue and I wanted to sleep a lot. It took four months for my body to acclimate. The altitude not only affected my body, but my car as well. Trying to drive up to the mountains with a 4-cylinder car, I had to pin the accelerator to the floor, hoping I’d make it to the top. Many times I thought to myself, “Am I going to make it up this road, or am I going to end up going backwards?” Higher octane gas helped, but it was still a struggle.

Both driver and car at the Mexico City Grand Prix will have a similar experience. The track is 2km above sea level, which is just over 6,000 feet. Starved for oxygen, the car and driver will have to be at peak performance to get a win.

The aerodynamic package that worked last race in Texas won’t work well in Mexico City. Austin’s highest point is only 1,000 feet above sea level. There’s a lot more — and I mean a lot more — particles at 1,000 feet than 6,000 feet. The teams have to configure the cars to work with the air that is available and change the car so that it can adapt to the lack of oxygen. This track has many fast turns, and having less downforce around those turns can make it difficult for the driver to have a fast lap. The good thing about this track is that it’s fairly flat, so the oxygen effect is at one level and not many.

With all of this going on at this one track, McLaren Racing has a lot to monitor, analyze and adjust. This is why the Free Practice sessions are important before qualifying and the race. McLaren will be looking at how the lack of oxygen affects everything, including the aerodynamics, cooling and the power unit.

They’ll use the 300 sensors on the car to capture the data and use Alteryx to process this data in real time. The data is then analyzed by engineers at the track and back at the home office in England. The teams will look at which parts performed best and compare that data against the digital testing of the car. The team uses Alteryx to run aero model correlations to analyze the delta between how the part is working at the track versus how the team expected it to perform. Looking at this allows the team to make decisions on setup of the car for qualifying and before parc fermé. Parc Fermé is French for “closed park.” After qualifying, the teams are allowed minimal contact with the cars until just before the race. This allows officials to review the cars for illegal parts and applications for a fair race. Parc Fermé comes into play after the race as well as each driver and car are reviewed

This part of Formula 1 that takes the sport to a level no other sport reaches. To do this analysis and make the adjustments in the short amount of time between the beginning of the Grand Prix weekend to the checkered flag is unprecedented.

McLaren recognizes that Alteryx enable them to improve the car faster and in a more cost-effective way.

“With Alteryx, the physical, virtual, and race world data can be combined to create optimal efficiency and build the most performant race-car possible.”

With the lack of oxygen and windy turns, this track can really wallop the drivers. This is also a fans’ track. There are places everywhere for spectators to observe the race. The favorite of many people is seeing the cars drive into the stadium. That’s right, the cars actually drive through a stadium area where the fans are over the top of the drivers. This track also finds some of the highest straight-line speeds on the race calendar due to the lack of oxygen. The track has been around since the 1950s and has seen a lot of great races. This is a difficult track to drive, so drivers must be on their top game to not make a mistake, especially exiting the stadium.

Check out this virtual lap of Mexico City.

McLaren Racing worked extremely hard this weekend, but ran into some bad luck. The conditions were not ideal for any of the teams with the altitude and the heat. Cooling was an issue for most teams, which made passing very difficult. Lando Norris took an engine penalty that put him in the back of the grid to start the race, due to the team making a decision to give Lando a new power unit. Lando ended up having a pretty decent day going from the back all the way to scoring a point in 10th.

Daniel Riccardo got a tow from Lando in qualifying. This got Daniel up to 7th to start the race. Daniel got a spectacular jump off the line. At first glance I thought he was going to push all the way to the front by the first turn. As they came around turn one, Daniel backed off a bit and was running in 4th. As the group of cars came to turn 2 Daniel was involved in an incident that tore the front wing off of the car. I wasn’t able to see what happened and they didn’t replay that exact incident, so it’s difficult to be sure what happened. Yellow flags came out due to other incidents on the first lap, so Daniel was able to make it back to the pits and have the front wing replaced without going down a lap. The challenge then was that now both McLarens were at the back of the grid after the first lap.

After the first lap issues both McLarens worked as hard as they could to move up the field, but it wasn’t enough to keep Ferrari from overtaking McLaren for the 3rd spot in the constructors championship. 3rd place is going to continue to be a fight every week. Let’s hope McLaren can get back those points in the last few races. 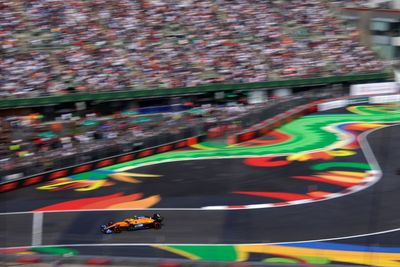