Alteryx workflows are already fast, but the new architecture behind the Alteryx Engine, Alteryx Multi-threaded Processing (AMP), takes data processing performance to a whole new level. Sr. Manager of Community Content, Neil Ryan, sat down with Principle Engineer, Adam Riley, for a peek behind the curtain of the AMP development process, and a chat about “the why” behind this massive new release that was years in the making. 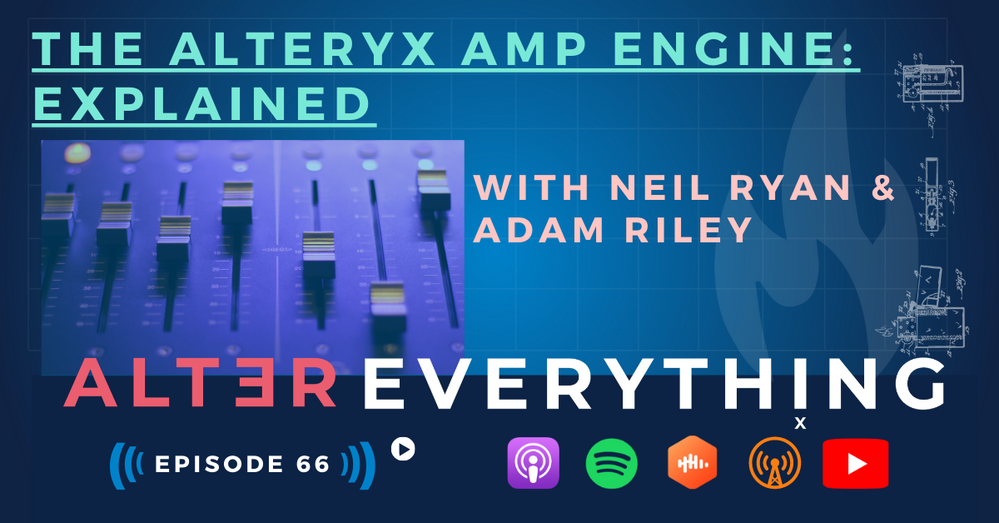 This episode of Alter Everything was produced by Maddie Johannsen (@MaddieJ).
Special thanks to @jesperwinkelhorst for the theme music track for this episode.