Challenge #61: Save the Astronaut

The answer to last week's challenge can be found HERE. 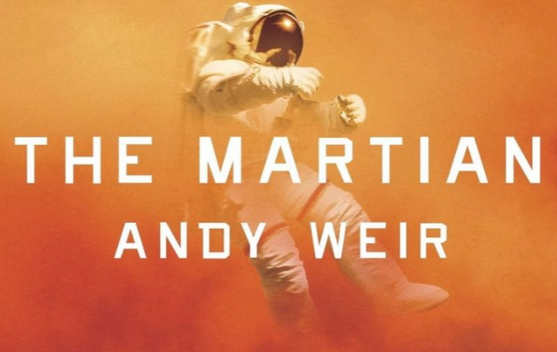 In the novel, “The Martian”, astronaut Mark Watney is stranded on Mars. After getting a rover that transmits video back to earth, Watney communicates with mission control by setting up cards on sticks surrounding the rover – knowing the rover can rotate the camera 360 degrees. His method would be to show the rover camera a question, then record the letters that the mission control then points the rover camera at to assemble a response. However, knowing that there are 26 letters in the English alphabet, he realizes that the letters surrounding the rover would only be separated by 13 degrees – making it more difficult to understand what the rover is pointing at. As a solution, he then decides to set up the surrounding cards using the hexadecimal characters 0-9, A-F (16 cards + 1 card serving as the question). If the question card is sitting at 0 degrees and the 16 other letters (0-9, A-F) are ordered around the rover, the camera can only pan at 4 degrees per second, how long will it take for the rover to return the following message: “We are sending another mission. It will take 42 months.”?

Note: Assume the camera starts on the question card and ends on the last letter.

With the cards setup at equal distances around the rover, I have a question about the capability of the rover to pan left and right.  If the rover only pans right, then the distance from 10 degrees to 0 degrees is 350.  If it can go left, the distance is 10 degrees.  What assumption can you share or should we figure that out for ourselves?

If you wanna see the scene from the movie: https://www.youtube.com/watch?v=ffB0Je-xjKg

@JoeM I cannot find the exact same result, somehow my camera is 9 seconds slower than yours :(.

Spoiler
I made the assumption that the camera takes always the shortest path and that it has to stop 1 sec on each card for Mark to take notes, but not sure if you did the same... 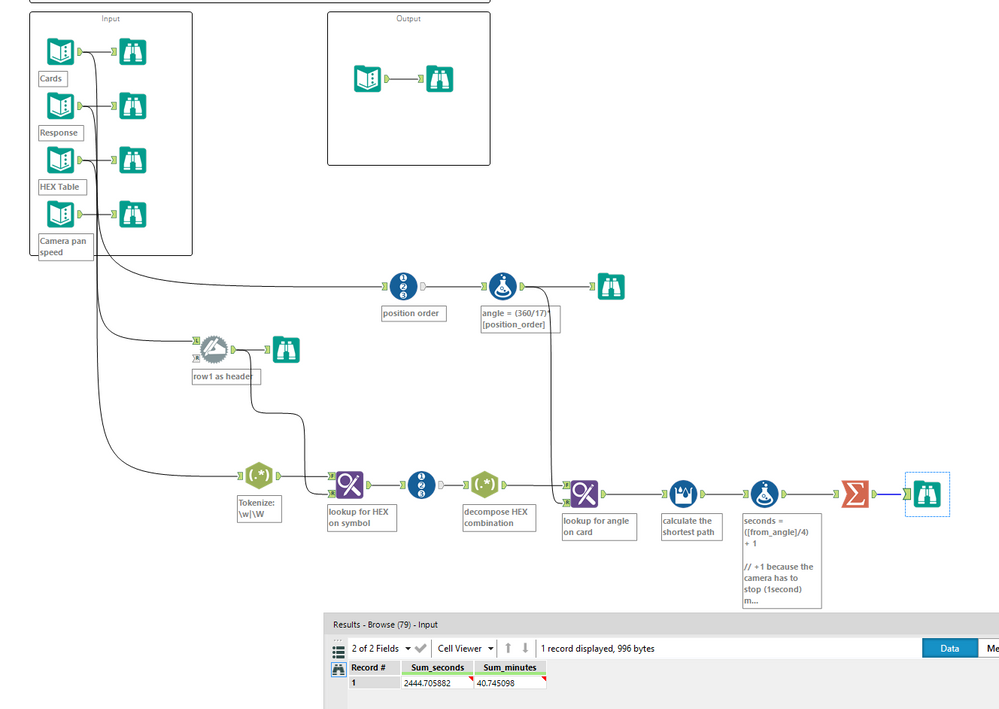 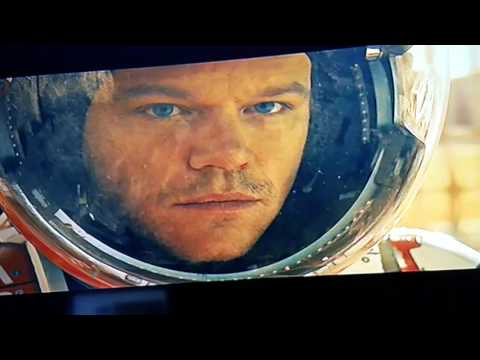 The Martian, Hexadecimal Scene
youtube.com/watch?v=ffB0Je-xjKg
I literally just uploaded this as a visual aid in a speech I had for class. Enjoy I guess, and yes it was recorded with my phone off my computer monitor.
Reply
4 Likes
Share
Highlighted

I watched the clip (twice) and noticed that they didn't include punctuation in the text.  Did you?

I don't want to look inside of the spoiler tags.

I used exactly "We are sending another mission. It will take 42 months." which is the string in the response text input from the workflow, including punctuation.

Since I am not getting exactly the same number of seconds, in my original post Spoiler1 is the assumptions I made and Spoiler2 is the image of the workflow.

How literal of you.

I would of course want to use all caps and remove punctuation so that i could reduce the time that it takes to message.

Assumptions in my solution are as follows inside spoiler tag

4) kept capitalization as is

I have posted my solution.

After finishing mine, I compared our results and we're matching.  I got there in a more convoluted way than you did.

Spoiler
I pictured each card as 1/2 of a set of cards required to produce the hex value.  Given any 2 card combinations, I setup a table of the distance (degrees) between the two cards. Then I calculated the cards needed for each portion of the message and did a lookup.  Visually, this made sense to me.  Looking at your solution, it was more elegant.

So after writing code and using the API to NASA for Code calculations.... (just kidding)

Here is my solution. I am pretty close, but also can't get the exact number of seconds.

At first I was way off, but then used @Max06270 assumption that the camera stops one second at each card, which makes sense, and my camera become 9 sec slower.

If I read the task carefully, the last sentence says " Note: Assume the camera starts on the question card and ends on the last letter."

Removing the last dot made my camera 25 sec faster.

This week's solution has been posted. It's great to see all the different assumptions being called out - even some I had failed to take into account (re: stopping camera on each letter being a big one). Hope you had fun trying to think your way through that one!