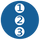 I'm getting below error in alteryx gallery. I guess it is because of rendering tools however it runs successfuly using alteryx desktop.

Details: There was an unkown error executing the application. The engine reported status Error

The error message is referring to the Alteryx Engine - basically it errored out, ie crashed. Most commonly, if this were to happen in Designer, you'd would see the infamous "InboundNamedPipe" error. There are many threads on community regarding this error, but most commonly it is due to memory limitations. The reason it would work in Designer as oppsed to the Server is because the specs and configuration for Alteryx are different. For Server settings ups re recommend the following -

If this doesn't seem enough, then the Worker Node may need more RAM