For the past couple of weeks I'm more frequently getting 'Not Responding' from Alteryx Designer 11.

Everything seems to run slower.

I have not had any network changes on my side, and I have a fast computer.

Is anyone else experiencing this?

For example, I'm in a workflow, I click on a tool and it is slow to open that tool, but it will eventually open.

Or, I drag something around and it is slow to refresh.

But when I run workflows, it is not slow.  It is when working with the tools that it is slow. 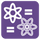 Have you tried Disabling Auto Configure in the User Settings -> Advanced tab? Does that make a difference?

1) When I first installed 11.0 (and still had 10.6 on my laptop) after dropping a tool on the canvas Alteryx would freeze for 15 seconds. I called support and we realized that I hadn't rebooted since the install and that fixed that.

2) But I also find that 11.0 is sluggish at times. Sometimes when trying to scroll, the screen will freeze for a bit. Likewise when I work with large workflows I use the overview window and there are lags there.

3) One thing that helped with browses was turning off the data profiling feature of the browse tools (under User Settings it's the checkbox for "Collect and display profile information") When working with large datasets that was causing issues.

4) I was talking with a coworker and he said that 11.0 is the first version of Alteryx which has crashed for him.

5) I too have not notices any differences in the speed of running workflows - just the interactions with the tools.

6) I haven't tried Disable Auto Configure - the help to me isn't clear on the repercussions/benefits - anyone have any experience there?

I tried Disabling Auto Config but found that made using downstream tools no longer know the field list - that's a problem.

Useful to know. Thank you.

I too had experienced sporadic slugishness in 11.0.  Finally reverted back to 10.6 a couple weeks ago.  I've tried everything; disabling data profiling, rebooting, reinstalling, etc.  Disabling auto configure is not an option for me.  I depend on the tools being configured as I build my workflows, macros, apps, etc.

I'll probably skip 11.0 all together and wait for the next major release.  Unless I hear back that those of us having slugishness issues are no longer having them.

Alteryx Support has been working with me.

Currently, to get Alteryx working smoothly, I am going to Edit User Setting and unselecting 'Collect and display data profile information'

We have already updated our Alteryx Server to 11, so I need to stay with 11.

I never had a problem with 11.0 "running" slowly......just navigating the canvass/tools "pauses" while you're building.  Once I click play, it runs like normal.  So even though I disabled the data profiling, it did not make it any better, as I expected it wouldn't.

We have Server as well, and I always have new releases on my local machine for 3 - 6 months before I upgrade the Server.  Too much risk for us on putting it right on the Server when it initially comes out :)

Noticing the same slow down-- makes demoing the tool rather difficult/scary!