Last race of the year! What a year it has been for Formula 1 and McLaren Racing. There were many highs and lows for every team on the grid, which has made the 2021 season one of the most interesting in recent memory.

For McLaren, the last race of the year gives the team a chance to end the year on a high note. The unfortunate bad luck that has plagued the team in the last few races guaranteed their fourth-place position in the Constructors Championship. The team has looked much stronger than the fourth-place finish and should be proud to have been extremely competitive all year.

Yas Marina in Abu Dhabi is a great last test for the teams. The track contains two very long and high-speed straights and a very tricky last sector of the track which will push the downforce of the cars to their limit.

To end the 2021 season, I wanted to hit on some highlights from the year. I hope everyone has enjoyed the blog series for the first season of the Alteryx partnership with McLaren. We hope that the power of Alteryx can continue to support McLaren’s push forward in the sport and help take the team to new heights. 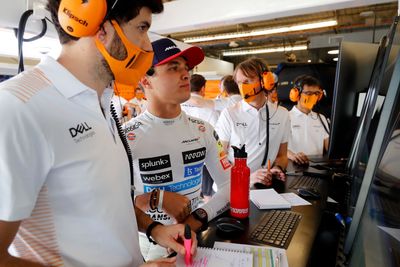 McLaren started the year really strong — especially Lando Norris, who averaged a fourth-place finish through the first three races and collected his first podium in Imola, Italy. Lando showed his strength in driving in wet conditions. Daniel Ricciardo started off a little more slowly, but these beginning races gave a lot of encouragement to the team, as this is Daniel’s first year with the team. In round 4 in Spain, Daniel was able to finish sixth, ahead of Lando.

Then came round 5 in Monaco. McLaren — with their Gulf livery, and with the Alteryx logo on the car for the first time — was able to put Lando on the podium at what’s considered the most challenging race track in the series. 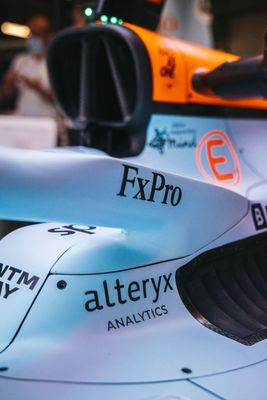 Rounds 5, 7, and 8 again showed that Lando had the pedal to the metal, with finishes in the top five for each race. Daniel still struggled, but as we know, as the year went on, he made significant improvements as he became more comfortable.

Then came round 9 in Austria. This was a fantastic race for McLaren. Lando started the day in second place on the grid. He then had great fights throughout the race with the leaders and was able to finish third. It was also a good day for Daniel finishing seventh.

Rounds 10 and 12 showed again that McLaren was ready to put up a fight for third with good finishes from both drivers. Rounds 11 and 13 were not so great, but overall, McLaren looked really strong through the first half of the season.

Then came the big one — round 14 in Monza! Both Daniel and Lando had almost perfect days. Daniel secured a first-place finish, with Lando just behind in second place. It had been a while since McLaren went 1 and 2. It was great to see this happen, especially at such a special place as Monza. 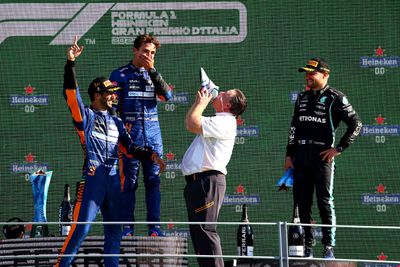 After Monza, Daniel began to show why McLaren signed him. He really seemed to start to get comfortable with the car and had a good finish in Round 15.

Some of McLaren’s bad luck started to plague them starting in Round 16 through the rest of the rounds, where results varied from good, to OK, to oh no. A lot of the issues seemed to be situational and out of the team's hands. This is exactly why I mentioned in the beginning that the team should be extremely proud of the season they have had.

Here are some McLaren stats for you for the 2021 season. 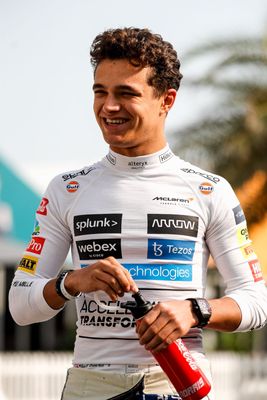 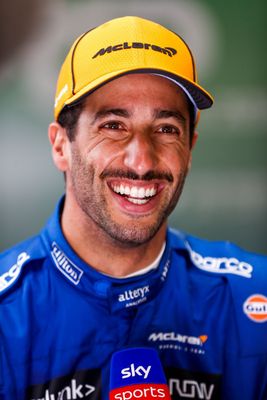 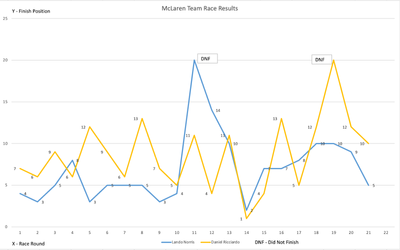 This is a beautiful facility. The track has been modified this year removing 5 corners. This makes the track a little faster and a little shorter. Drivers will have to learn the track and the new surfaces quickly. In my opinion turn 9 is the most interesting turn on the track. As the cars come through the drag reduction zone (DRS), the system slams the wing shut on the car and immediately the car must make a left hand turn. It’s quite a feat for the car to be able to grab the aerodynamics and make the turn. The track also has an interesting pit exit, as the car goes under the track to come out on the left side of the track instead of the right.

The last race was a very busy race for the McLaren F1 team. Lando Norris started third and Daniel started tenth. As the race began, Lando was pushed wide of turn one and dropped back to fifth. Lando worked to keep the Ferraris at bay and was able to keep one of them behind. As the race went on Daniel ended up in a train of cars that fought the entire race. Bad luck hit Lando again, with a slow puncture towards the end of the race that pushed him back in the standings. While McLaren didn’t finish where they wanted to, they were a part of a lot of action on the track throughout.

What a season for McLaren. Daniel coming in and working through his struggles at the beginning of the year to really master the car. Lando had an unbelievable year. Lando showed that he has a bright future with McLaren with a great season. Both drivers are going to help take McLaren to the next level and I’m excited to see next season. 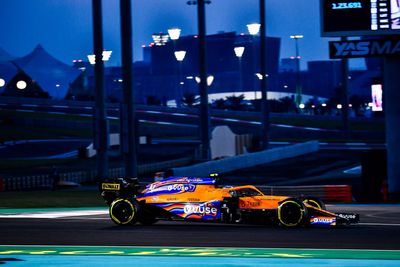