ROT-13 came into moderate use during the height of Usenet as a way to obscure profanity, dirty talk, movie spoilers, and offensive materials from the casual glance.

The Challenge here is to implement the ROT-13 substitution cipher and apply it TWICE to verify that the ENCODER can be used as its own DECODER!

Spoiler
You could use a switch formula in place of the lookup, but this works too

Created it as an app so your kids can learn Alteryx while sending secret messages to their friends! 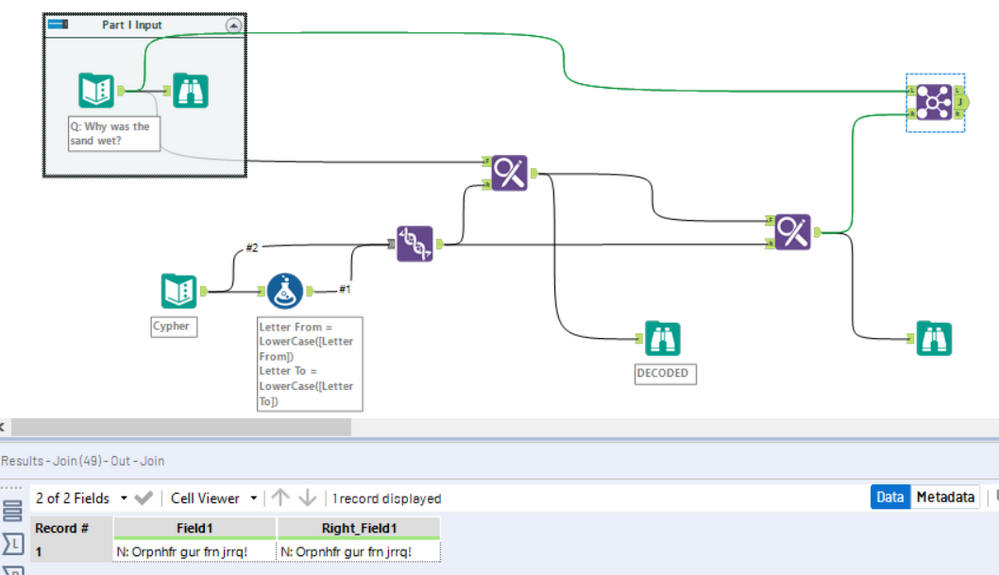 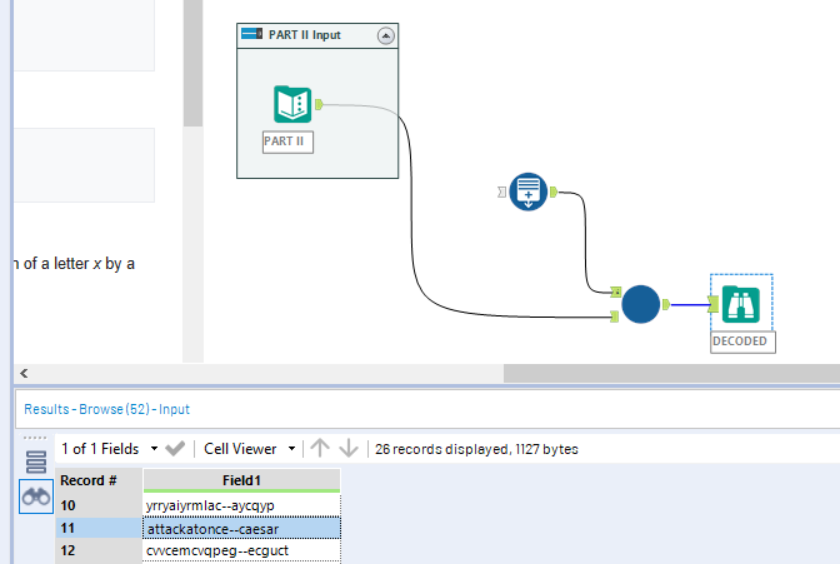 LOVED THIS CHALLENGE. (To be fair, I just did my first Escape Room this weekend, so I'm kinda still psyched about the whole solving puzzles thing...)

Spoiler
Decided to solve both parts, and then took a cue from @T_Willins and made an app out of it so that you can code/decode your own messages!

Part I:
Solved without having to hard code a key by utilizing my favorite lesser-known formula, CharToInt and CharFromInt. Able to create a 3 tool solution (Parse > Formula > Summarize) that will allow you to code/decode ROT-13 messages, including the ability to keep upper & lowercase letters in their original case.

Part II:
For Caesar's Cipher, I used Generate Rows to create 26 possible rotations, and then more-or-less used the same solution as above, just substituting the RowCount field from Generate Rows tool for the 13 used in Part I. Solution = some advice that certain members of the kingdom of Westeros would be wise to heed... attack at once!! ;)

Part III:
Created an app out of the solution above... and then had to entirely rework it once I realized that the same value could not be used to decode the message as to encode it if that number wasn't 13. Oops. So I modified both to allow for encoding as well as decoding, which now gives you a handy little Cipher for sending secret messages behind enemy lines! 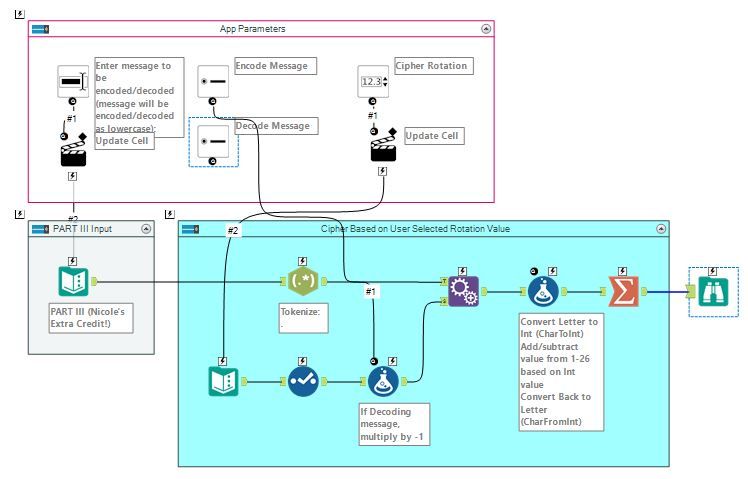 Doing it on Alteryx 11.7 :(. I've been doing a lot of iteratives recently so decided to do it with an iterative.

I'm on the same wavelength as @NicoleJohnson 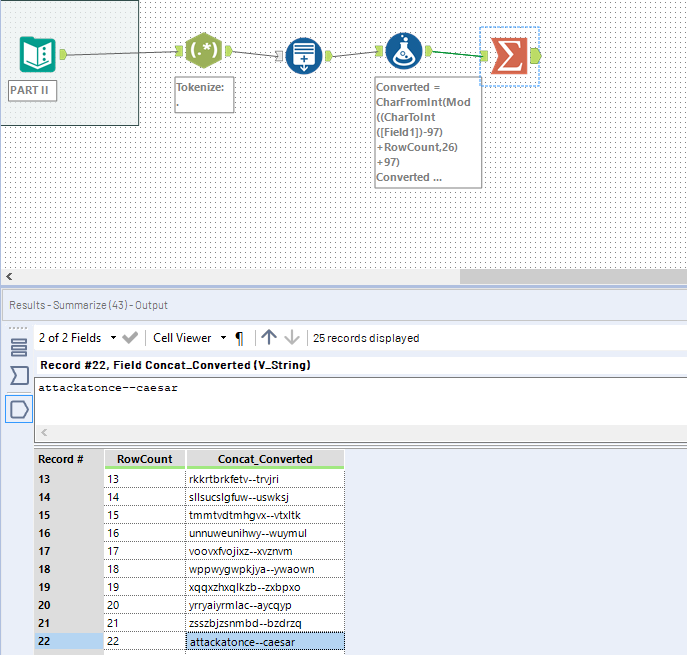 My solution, using the same approach as @NicoleJohnson and @patrick_digan

My solution for both in one WF

Spoiler
I used the "generate all shift" keys method.

Since the decoder ring is circular, you can either shift the letters up or shift them down.   @patrick_digan
shifted Caesar's message 22 letters up, I shifted mine 4 letters down

These cryptic challenges are good fun! :)

Spoiler
I went down the macro route

Can't leave a challenge behind, so of course started with Part II

Luckily it worked on part 1 too :)