99: From zero to Alteryx Certified in 14 days

Rocky Wang, a recent graduate from Toronto, has just started a new career as an analyst! With inspiration from his mom, and a stacked tool kit powered by the Alteryx Community, Rocky shares his journey of leveraging Alteryx knowledge to land this new role. 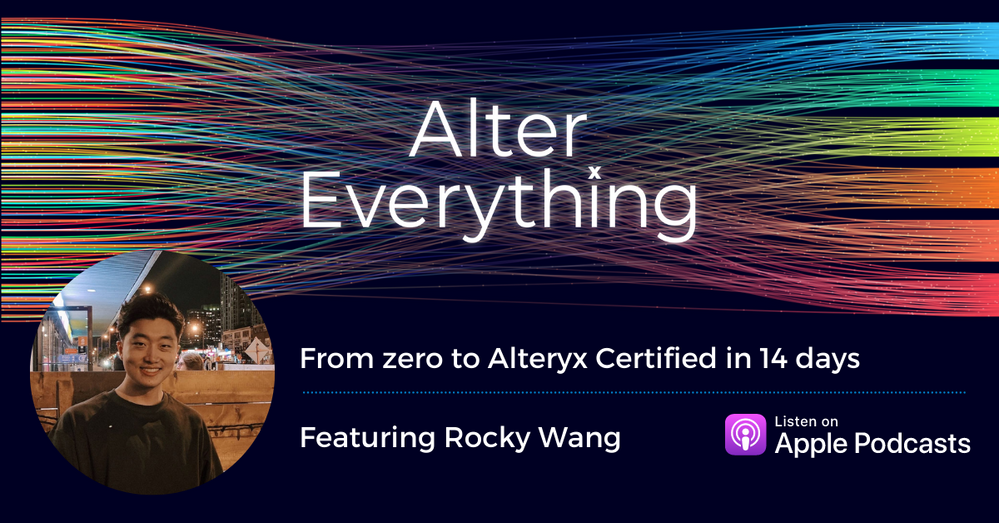 Thanks for having me on!

Such an inspiring story!