111: Automating with Alteryx at WestRock

LaShell Estes and Jay Harter are cornerstones of analytics culture at WestRock, one of the largest paper and packaging companies in the world. Hyper focused on efficiency and automation, they share strategies they’ve used to implement Alteryx across the organization. 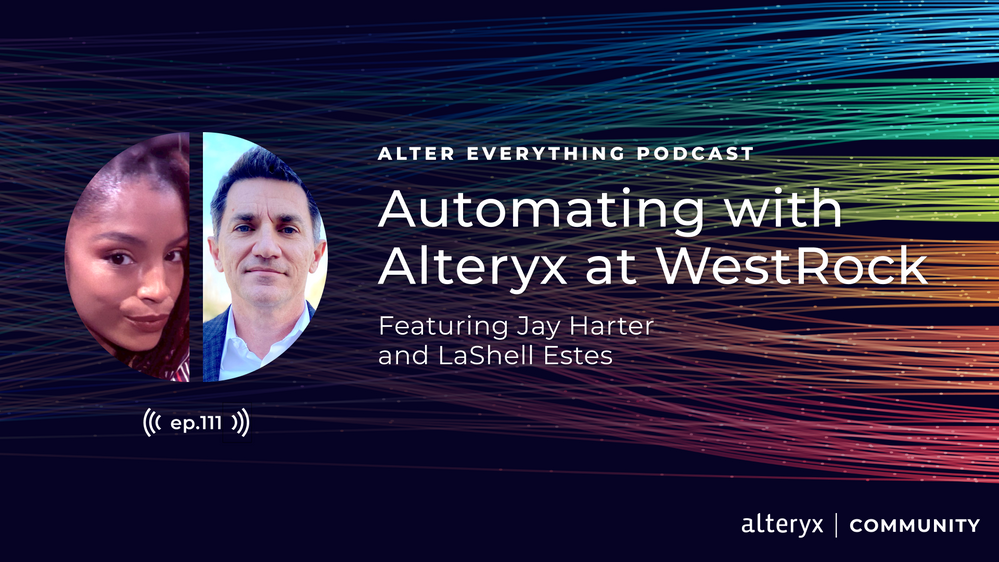