101: Archiving Feminicide: From Data to Narrative

Trigger Warming: Femicide. Please be aware that this episode contains a discussion around femicide with mentions of sexual assault and domestic abuse. We advise listener discretion.

In this episode, we discuss the complex web of influences to find out the root cause(s) for feminicide in Mexico, as well as the critical need for data to help fight the issue. Working with activists such as Dr. Sylvia Fernandez, Alteryx associates Monica Cisneros and Kate Butcher discuss how they're helping to digitize and analyze the data to aid in the fight against feminicide. 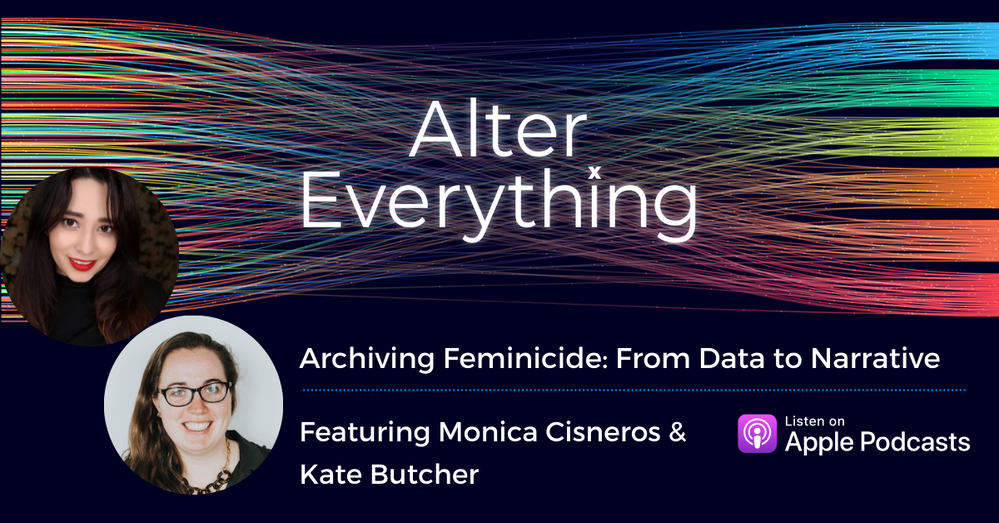 This episode was produced by Maddie Johannsen (@MaddieJ). Special thanks to @jesperwinkelhorst  for the theme music track, and @mikecusic for our album artwork.