Been at it a while, but official hello

I've been using Alteryx for more than a year now, but never really engaged with the community, so Hi.

Thought I'd share some of my reflections on using Alteryx to date. Short version is, I absolutely love it 😍 and it really makes data tasks a lot of fun, almost like a game. I'm a PC gamer and keep thinking Alteryx reminds me of puzzle games like SpaceChem, if anyone knows that? There have been times when it's felt a bit like I'm being paid to play games. Those are good days 😁

The software itself doesn't replace Excel for really simple things, and I am a bit of a Python machine learning coder and haven't yet tried to integrate the two, I think it could get a bit confusing using the Python tool, but I need to experiment a bit more here probably.

I got in a real mess once when trying to build a large scale Alteryx model, it still gives me nightmares. I think I've learned a lot about having multiple users collaborate on workflows, but it would be good if there was some best practice guidance on this. 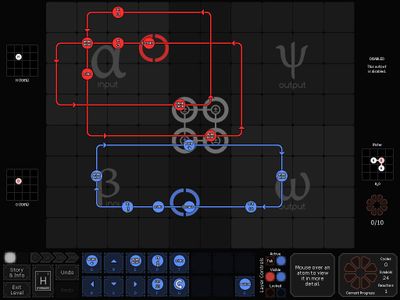 You are in the right place to find answers to your questions and thoughts. Large scale workflows can be scary at first but here are a few tips to get you started.

Use tool containers to break up your workflow in the relevant chunks and colour code and document.

Also use the wireless connections to remove unnecessary wires where its not needed and it just clutters the mind.

Also any repeatable tasks, try building a macro and hide a few steps but benefit from it in the future as you can call upon it as often  as you like.

Hope these three tips help you harness those larger workflows.

I've been using Alteryx for a year now and am in the same boat. Absolutely love it and what I can do with it. If I have an idea of what the data should look like in my head I can easily do that in Alteryx.

Side note: Nice to see another PC gamer in the community!