How can spatial analysis unlock insights for your local food bank? We sat down with Chris Williams, CTO at Precision Analytics Group, to learn more about the current state of food banks amidst the pandemic, how all volunteers collect and contribute to non-profit data collection, and how the Alteryx spatial tools can be an “ace in the hole” for food bank data analysis that delivers real impact to those in need. 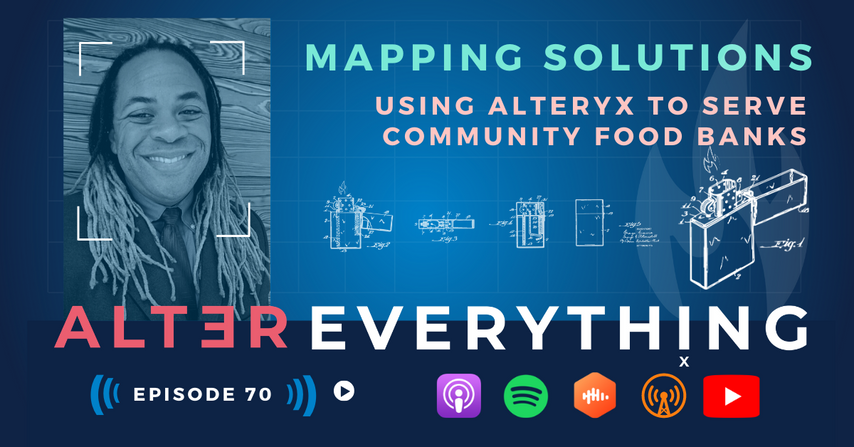 This episode of Alter Everything was produced by Maddie Johannsen (@MaddieJ).
Special thanks to @jesperwinkelhorst for the theme music track, and @jeho for our album artwork.