A solution to last week's Challenge can be found HERE.   I love that some Challengers submitted a solution using the Image tool.  It's just one more reminder that there's almost always more than one way to accomplish a task with Alteryx!

I'm sure it comes as no surprise to anyone from Illinois, but the Land of Lincoln gives us much to be thankful for: the Ferris Wheel, deep dish pizza, the creative geniuses who invented Twinkies (thanks but no thanks)....the list goes on and on!  However, there is one thing for which we should be extra thankful, especially this time of year: Illinois produces pumpkins...LOTS of pumpkins!  In fact, the great state of Illinois has been the leading pumpkin producer in the US since at least the year 2000 (according the the USDA and its freely available dataset).  Just think: the rise of all things pumpkin spice flavored may not have been possible without the pumpkin producing prowess of the state of Illinois!

For this week's Challenge, we'll be preparing and transforming data with the goal of identifying the most and least productive pumpkin producing states for the years 2000 to 2016.   Input Data 1 contains information on pumpkin production for different states (indicated by ANSI codes) for the years between 2000 and 2016.  Input Data 2 contains a pipe delimited lookup table for state ANSI codes.  Using the Inputs, create a table that identifies the most and least productive states with respect to pumpkin production volume.  Compare the production values to the average production for that state. 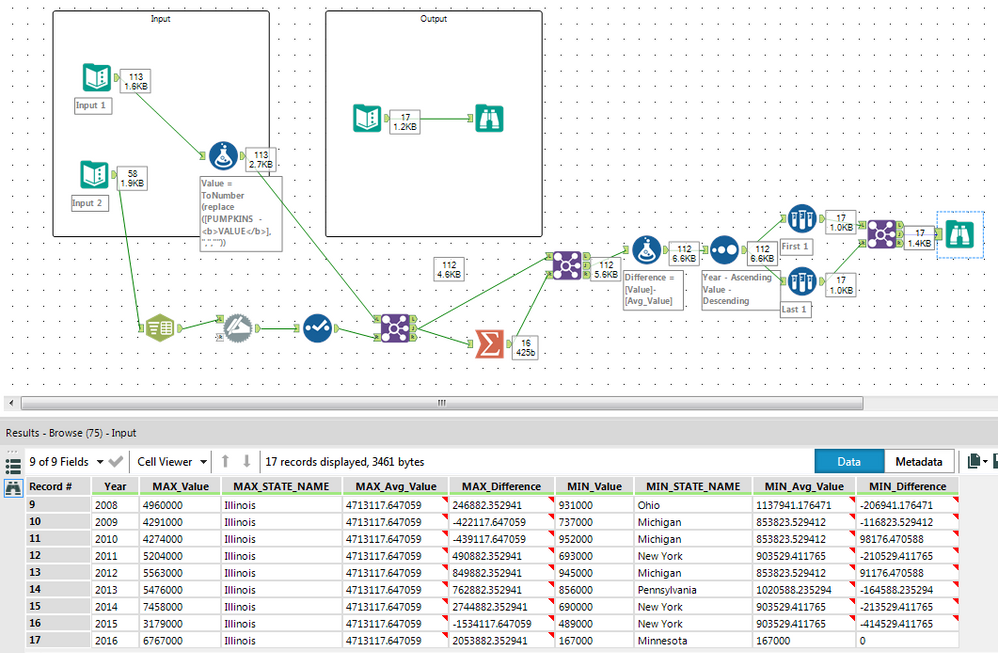 I'm interested to see how people did this with fewer joins!

Kenda
14 - Magnetar
Spoiler
I used so many Joins!

Solution attached but too many joins by my liking 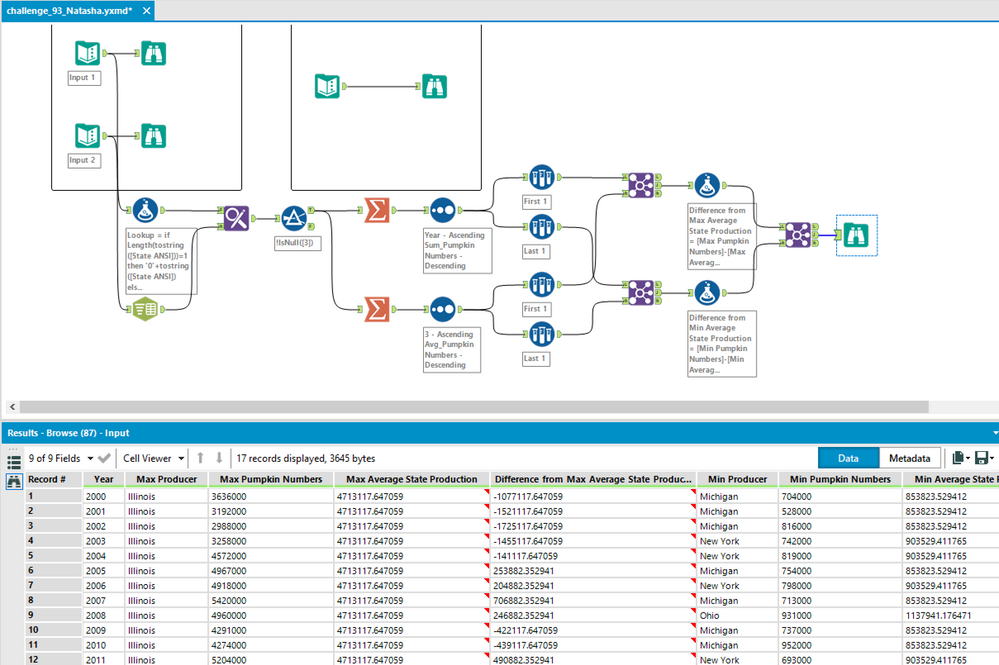 Most others are saying that they used too many joins...I wanted more!

Back from a short Alteryx break while I changed employers... here's my solution for this week's challenge. 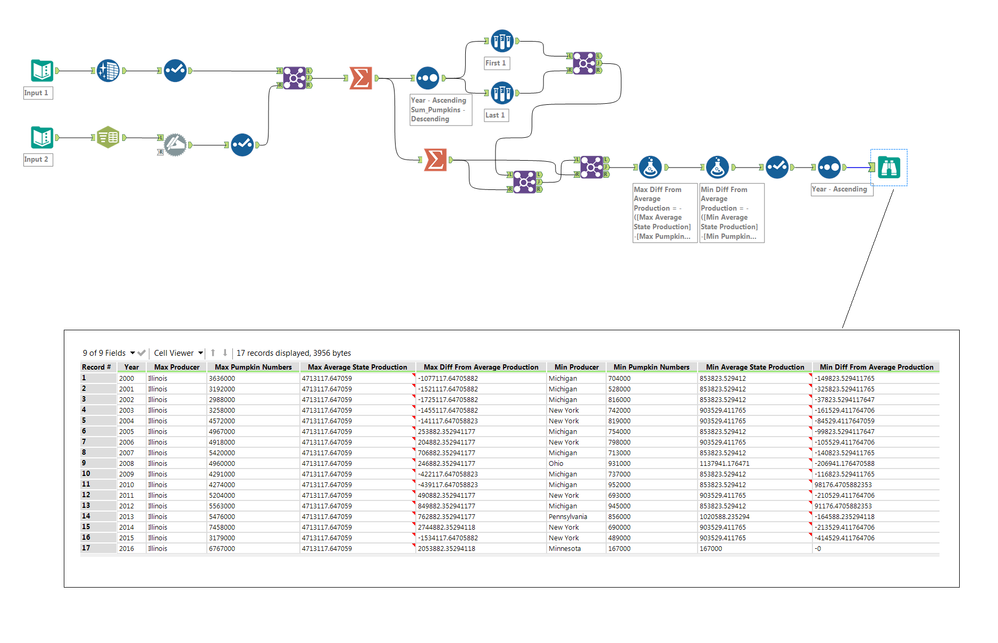