The link to last week’s challenge (exercise #54) is HERE.

As the Alteryx User groups start the process of selecting their competitors for the 2017 Alteryx Grand Prix I thought it would be fun to bring back an old Grand Prix as the weekly challenge.  Note the workflow is in a vertical orientation.  Vertical was the only orientation Alteryx had in 2013.  Now, we can toggle between vertical and horizontal configurations by clicking on the white space of the canvas, going to the configuration window, and choosing a layout direction.

Want to have even more fun, go to the about box under the help menu and double click the little Colorado flag for an Easter egg that will render the tools the way they looked in 2013.

Have fun solving and remember the competitors were racing each other and the clock!  See how fast you can solve this.  OH, and there was NO Imputation tool in 2013...

Okay, I don't think I would win any prizes for speed here, but I think I got there:

Spoiler
I started by determining the year with the most daily sales records. This was achieved by simply creating a date field, grouping by year and counting the individual date rows. I then sorted by the highest and took the first row, then linked this back to the main data stream:

From here, I then carried out task two by transposing the data to include the values for each department in one column. I then determined the average without zeros by using the appropriate function in the "Summarize" tool and used a formula to replace zero values with this value. I then cross-tabbed the data back to the original format:

Tasks 3 and 4 were then simple matters of grouping and applying the appropriate sums coupled with a formula to determine the 364 calculation and daily sales % by department. Simple: 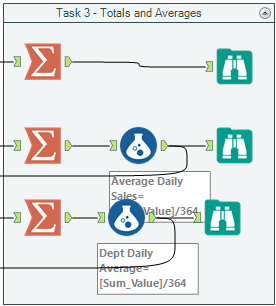 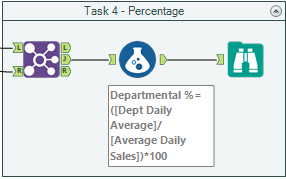 The original post has been updated with the solution!

:-) it really baked my pumpkin trying to think in a downwards flow, instead of a left-to-right.   What creatures of habit we are... 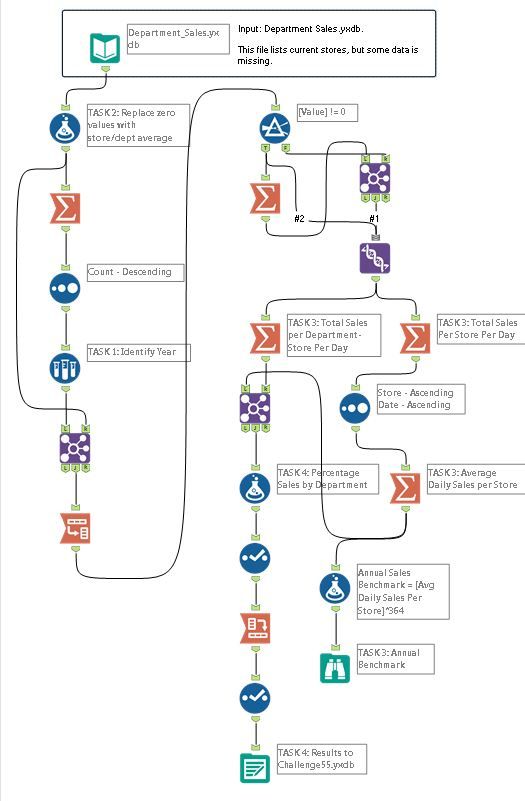 Nothing earth shattering here, and I did change it to horizontal :)

I successfully completed Pit Stop 1, though it took me ages to do this in a vertical workflow, and OMG that funky icons!! And of course, the suggested solution is much more simpler than mine. 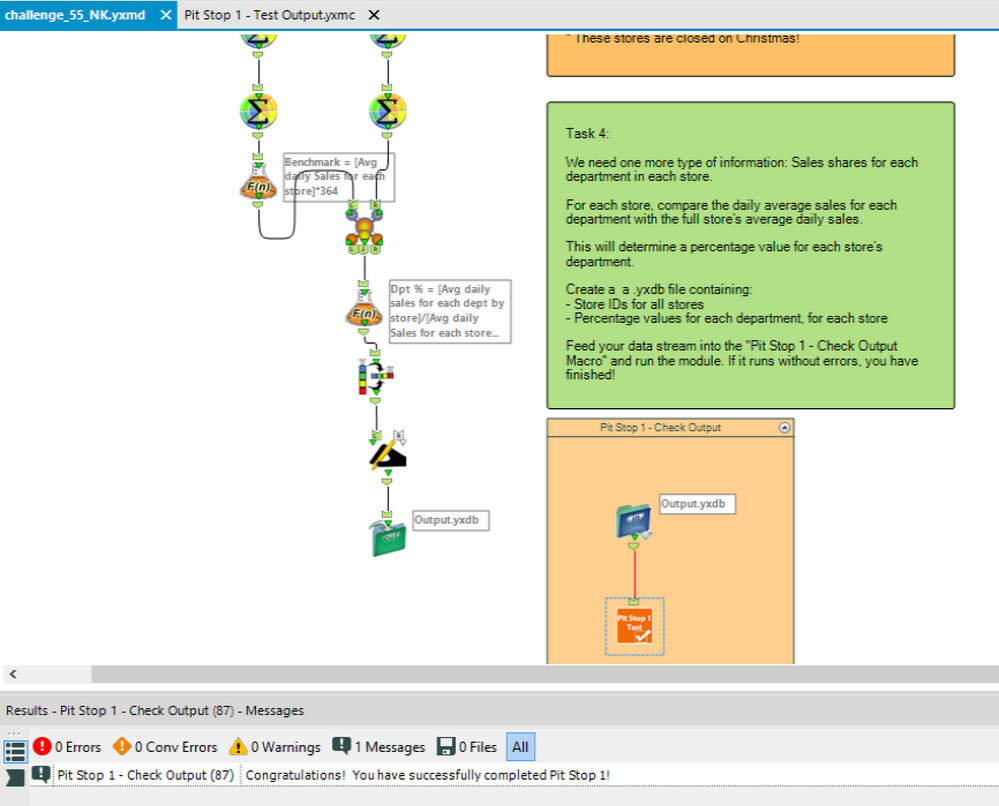 I have tried and failed several times to get this solution to work, although confident that my calculations were correct it would not validate in the macro.

@LordNeilLord - you gotta be proud of yourself - you've torn through these with such passion and speed!

patrick_digan
17 - Castor
Spoiler
Perhaps it's just me, but i found that to be confusing! 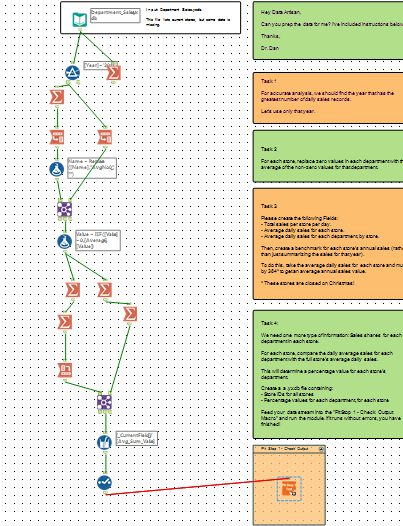