How to recreate process in Alteryx

Hi, Alteryx Fans. I have a question for all Alteryx specialists out there. Do you use a standardized approach or methodology when your goal is rebuilding a process in Alteryx?

My goal is to collect best practices for people that aren't Alteryx experts, and I am taking into consideration two scenarios.

- A person wants to recreate one of the processes that they are the owner of. So they are already familiar with the process.
- We want to help someone in a team to rebuild a process. We might don't know the process well, so we need to consider that we would need to follow a procedure or record a doer to automate the process.

I would especially be grateful for feedback from people with consulting experience as they know how to approach a situation like this.

Please share your expertise around the topic so we could each learn from each other!

If you know articles that I could read or other interesting materials worth sharing, please let me know. 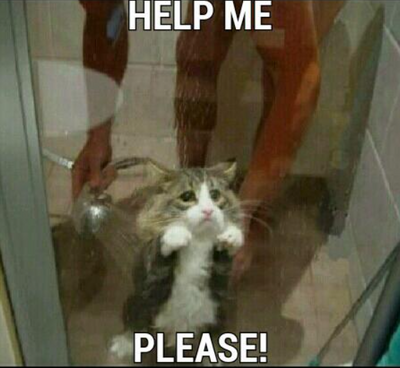 As a consultant, I've found that there is (fortunately or unfortunately) more than one way to convert over to Alteryx.

The way I have found most successful is to scrap the whole concept of "recreating a process".

Recently an organization asked me to do this for them and give a demo on a standardized one to one mapping from their SQL stored procedures to Alteryx and it ended up being a demonstration of why not to do that.

In short, the biggest one they asked for was to take their code for extracting data from Hive and dumping it into Postgres and make it into a workflow.

Well, I did that; line for line and it ended up being 10+ tools and taking an hour to run.

Then, I showed them the approach of just starting over and focusing on the concept they wanted to accomplish.

In this case, the concept was just pulling data and loading data - which is just two tools:  Data Input and Data Output.  It took a few minutes and was done.

I wouldn't encourage anyone to standardize a way to convert an existing process since most other things don't have nearly the efficiency or tools of Alteryx.  Instead, focus on the overall goal or concept of what you're trying to accomplish and start from a blank slate.

It is a valid point that is sometimes focusing on an endpoint is a great idea. I don't say it is possible to create one solution to every problem, but I want to make at least a list of questions that need to be asked during a project.

I just want to gather some ideas/materials that I could use to create some kind of summary that would be helpful for others.

I love this idea, and will be following the post to see what others say. Here are some key points I've found in my own work, which involves both the scenarios you've described.

When I am the owner:

When I am not the owner:

I first discovered Alteryx in Aug 2012.  Back then it was about 5x more expensive than it is now.   I spent 5 months on an extended trial license converting over about 2 dozen processes from our current portfolio to Alteryx workflows.   It was the only way I could show the value to my higher ups (compare the time savings, ease of use, and ease of understanding).

I started out doing "line by line" translations.  About 5 processes in, I completely scrapped that and started doing what @patrick_mcauliffe stated - just starting from scratch based on what it was trying to accomplish, and for all the same reasons - Alteryx just works differently and more efficiently.

8+ years later and I've never done anything else - I just start from scratch based on the end goal.  This is regardless of whether or not it was my process or someone else's that I never looked at before (in fact, I just did this last week - took someone else's process and converted to Alteryx).

Long story short, in my opinion, the "best" best practice, is to scrap it and start over with Alteryx.

So basically, you are doing something like weekly challenges? 😀

You look at the data input, and you are trying to build desired output?

Do you by any chance have any techniques that you are doing to make the task easier?

I will share my opinion as well. I am unsure if this will work if you are not an expert in the domain you are working in. So let's imagine I am working on the VAT projects and I don't know anything about that topic.

I would need some procedure/recording/guidance to recreate a process.

Moreover, I think most of the Alteryx users aren't super users. For most people, it will be a good idea to have at least some of the reference point that will help them along the way.

Ha - my weekly challenge game is pretty lame - I think I've done less than 10 in my tenure LOL.  I basically just look at a process and ask "okay, what are we trying to accomplish?"  I suppose there's a lot of one-to-one translations, like "read/write = input/output tools", or "aggregation = summarize tool" and things like that.  Not sure what a vat project is.

Excellent discussion point will be great to read through peoples responses.

From my side, automation and the methodology to which approach me or my team take often depend on the business user (BU).

This BU might not always be the 'requestor,' i.e. the section manager might have requested the automation, but the BU is responsible for overseeing it. 'Change' is something not many are comfortable with, so inclusion has often worked well for me if there is any reluctance. Get them involved with as much detail and mapping as possible.

Alteryx is a perfect tool for this as a process map of sorts so the BU can buy into the change and therefore accept the transition to automation more comfortably. This approach also works well if the BU is data-literate; getting them involved often speeds up the mapping and any validation required. I LOVE it when I get a project where the BU is information literate.

Another approach is similar to the one mention above. If the requestor/BU isn't data literate and doesn't hesitate to change, I often find it best to make the 'weekly challenge' approach. Get the input, get the 'how does it need to look' output and finally, any definitions that affect the build. Once all this is collected, just 'Alteryx' it. The BU in this scenario often doesn't care what happens in the middle as long as it meets the requirements, therefore signs it off.

There is always a spectrum to this. However, more often than not, the two approaches above meet 75% of the projects.

When recreating a process, I almost end up running it like a Lean project (even though I am not certified I've taken the basic classes). The problem I find with converting processes isn't with the conversion of the process, but with the person who had been doing the process and their resistance to change. This is where you have to lead them through the change and show them how Alteryx can really improve on the process. As others have said, it is really about finding out what the end goal of the process is and then challenging the user to do it using the fewest tools possible. For users that are new to Alteryx, I find this is a great time to pair them with an advanced user on the project. This way both users can build out workflows for the process and the new user can see how both solved the same problem .

Apologies that I didn't respond to your message earlier.

I loved your part and I think this is a great starting point. I think it would be great to write down all the questions that need to be asked to make sure that we have a full picture, and we are sure that nothing will surprise us along the way. Thank you @aiahwieder for your input and I will start working on that next week. Maybe I will find some cool ideas about questions like that in a community.

I didn't finish many of them as well but I still hope that in the near future I will secure some time to get deep dive into them. Apologies for not explaining it more vat should be written VAT and this is one of the taxes that people pay when they buy goods.

This will be an excellent point and the topic that we could explore to find some excellent best tips - that was my initial thought. The truth is most people need a starting point and an endpoint. It looks like there isn't any other magic that can happen to make our life much easier.

Most of the time, I don't encounter a problem with change resistance 🙂 In my world, everyone loves Alteryx, and the only resistance is time and money. Mostly time as it requires time to upskill and to recreate a process.

I will keep in mind that promoting change is also an essential step in recreating a new process in Alteryx!