AMP Engine: Discover the Untapped Performance of Your Analytic Workflows

Have you experienced what Alteryx ACE @Ken_Black is calling “Awesome, stable, fast, and efficient. Pure sweetness.” It’s the Alteryx AMP Engine (Alteryx Multi-Threaded Processing), and it’s speeding up Alteryx workflows to make them faster than ever.

In Alteryx Designer version 2021.1, we delivered an easier way to turn on the AMP Engine so that all new workflows take advantage of its speed, performance, and efficiency. To help you understand how AMP can help you explore your data faster and achieve greater business outcomes, we invite you to watch the video below.

Join Alteryx Senior Product Manager Greg Fila and Senior Product Marketing Manager Russ Duncan as they walk you through the features, benefits, and results of the AMP Engine with live demonstrations to help you understand how to achieve more analytic breakthroughs.

Check it out and let us know your thoughts and results in the comments below.

Here’s a sneak peek at the kind of performance gains you can experience. 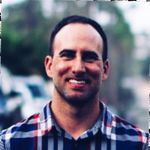 Russ is a product marketer who is passionate about enabling individuals and organizations to realize the power and benefit of technology, data, and analytics through a human-centered approach. He is a self-described serial observationist who is intrigued by connecting the lived experience with subtext, abstract thought, and the spaces between binary analytic outcomes.

Russ is a product marketer who is passionate about enabling individuals and organizations to realize the power and benefit of technology, data, and analytics through a human-centered approach. He is a self-described serial observationist who is intrigued by connecting the lived experience with subtext, abstract thought, and the spaces between binary analytic outcomes.

No one can question the performance gains we can get from this. Looking really good 🙂

I noticed that the warning to only use AMP for testing and/or manually triggered workflows still stands in System Settings, and I can see that one of my main issues with the AMP engine still seems to be present (https://community.alteryx.com/t5/Alteryx-Designer-Discussions/The-allocator-would-appear-to-be-deadl...

Are there any news, hints or even just rumours on when we can expect a production-grade quality of this much faster engine engine?

Thanks for your comment and for using AMP!  The warning for using AMP for testing purposes only was removed in the 21.1 release version. Are you using an older version?

We fixed some deadlock issues related to Grouping and Blocking tools with the 21.1 release version. We are actively working in this area to address additional deadlock issues for a future release.

I am running 21.1. And can indeed confirm the warning has been replaced with a much softer suggestion instead:)

I was just looking at the video, which have probably been recorded with an older version. Have a look at 5:20, where the old warning still shows. So thanks for clearing that up!

About a year ago, I took a deep-dive into the new AMP engine. I hit it hard. I hit it squarely in the face. I wanted to know the truth of how fast and tough it is.

If you want to know what happened, read this article. Be sure to read pages 1, 2 and 3 to get the full results.

AMP is tough, but it is also sweet.

I'm hesitant to turn it on for big old workflows that haven't been designed with AMP processing in mind.

I did try it on a use case this morning and was disappointed to find it had no effect.

I think it could have effect in a future release. Here's the situation.

The database driver limits the number of items in the list.

But it ran a bit longer than no AMP Engine.