57: 17-year-old Avi Schiffmann, on enabling the world to track COVID-19

17 year old website creator, Avi Schiffmann sat down with host Maddie Johannsen for a chat about Avi’s viral COVID-19 website. Using web scraping, Avi has compiled data from around the world to give website visitors a comprehensive understanding of international and domestic COVID-19 cases.

Special thanks to @andyuttley for the theme music track for this episode. 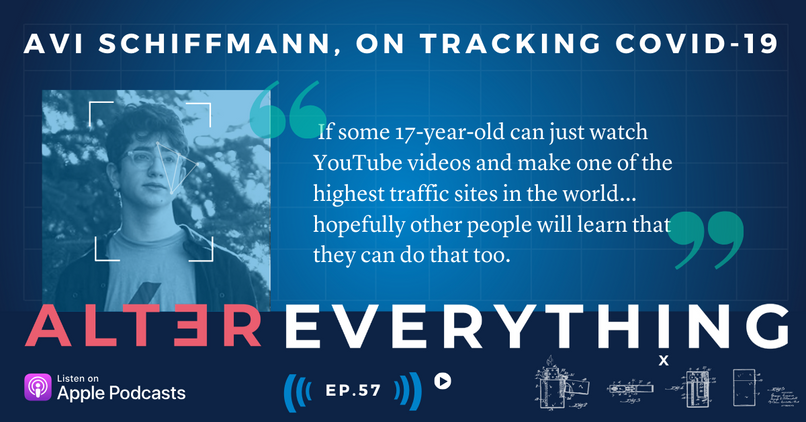