This episode features Bingqian Gao, the first woman to pass the Alteryx Designer Expert Certification exam. In her chat with host, Maddie Johannsen at the Alteryx London office, Bingqian talks about why she’s passionate about advanced analytics, and how macros help combat her “laziness.” She also shares personal stories about her experience as a woman in the analytics industry, and how important it is as a people leader to stay in tune with the mental health of her team. 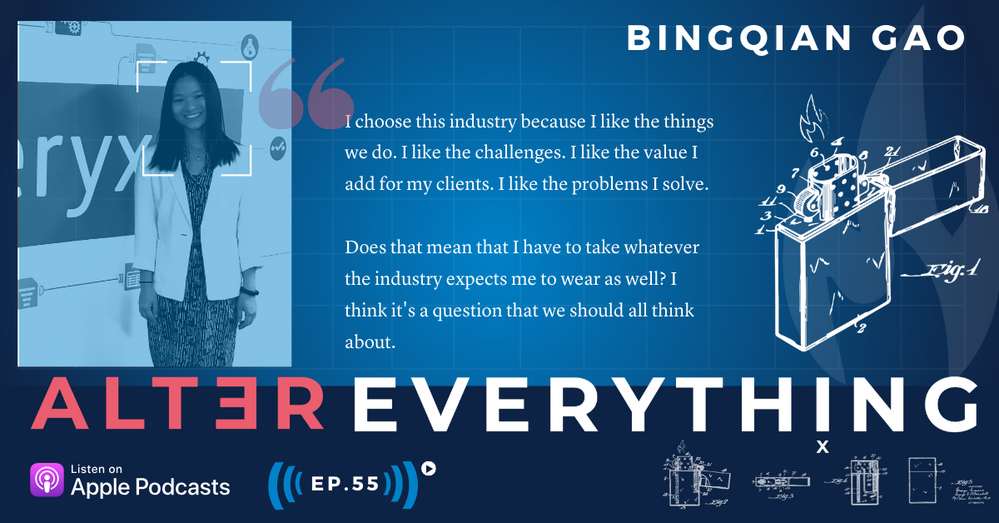