No Bull, the Alteryx Grand Prix is my favorite part of Inspire

In my opinion this has been one of the highlights of Inspire since the 1st Alteryx Grand Prix was held at the 2009 Inspire Conference.  The 2015 winner was Jarrod Thuener of Kristalytics.  Based on the picture, he is not going taking any BULL in defending his reign at the 8th Annual Alteryx Grand Prix in San Diego at Inspire 2016.  He has not let the trophy out of his sight since winning it in Boston last June.  He even took the trophy to dinner with us during our celebration in Austin last summer.  I had to get a table for 5 instead of for 4 because he insisted his trophy have its own seat.  Now that is a winner!

If you think the Republican debates have been interesting...stay tuned for the Alteryx Grand Prix where the winner will get crowned as the greatest Alteryx user in the world.  Who's going to win? Could be you but only if you get to San Diego. Looking forward to seeing you all there! 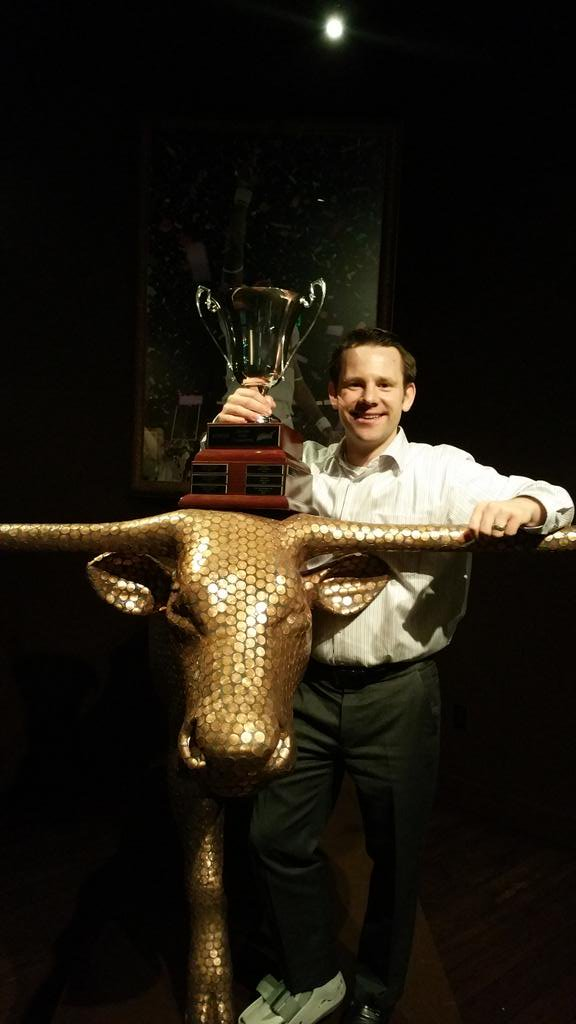