Learn more
I AGREE
Reject
Right now, the power to solve new global challenges across industries, is at your fingertips, no matter where you're working from. Create a new topic or reply to an existing thread to share your perspective.
community Data Science Portal Alteryx.com
alteryx Community
Sign Up Sign In
Search
Turn on suggestions
Auto-suggest helps you quickly narrow down your search results by suggesting possible matches as you type.
Showing results for
Search instead for
Did you mean:
Close
Free Trial

Share resources, connect with others, and discuss industry-specific challenges.
SOLVED 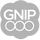