What’s one thing you would ONLY use Alteryx to do? 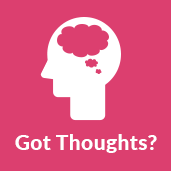 Welcome to the very first edition of the Thursday Thought, a weekly thread where we pose a question to the community and invite you to share your experience. Whether you're new to Alteryx (like me!) or consider yourself a data blending connoisseur, the Alteryx Community wants to hear from you! Feel free to include as much or as little information as you like. All “thoughts” are welcome & encouraged!

What's one thing you would ONLY use Alteryx to do? And why?

First and foremost, anything Spatial! Alteryx handles multiple spatial objects per record which means you can do a lot of spatial operations at once - find nearest, spatial matching - and it is so fast. Much more fun than a traditional GIS.

Liking the Thursday thought!!...and I'd have to go with TaraM here and say spatial too...just so much easier than any other method.

I'm a bit of a Tableau geek, so getting Shapefiles into Tableau using QGIS is like this (outside Alteryx)

https://community.tableau.com/docs/DOC-5831 (takes about 10-15 mins....add an hour if there are islands!)...and with Alteryx it's 2 seconds and 1 drag-and-drop (using the custom tool from the Gallery). It can be done in Python/R...but again not as easy as dragging 2 elements to the canvas!

Also just love the Spatial Joins...adding City, County...etc to a list of Stores (we work in the retail sector) is a 10 second job (and if I want to change the geography to LOA, say, I just switch out the shapefile!). I also used Alteryx to create a geocoder (using Google Maps)...so I get a list of stores, generally with an address/postcode. It goes through the geocoder to add Long/Lat, this is then Spatial Joined to ONS Shapefiles and in 4/5 drags and 30 seconds I have full geography to the stores...nifty!

Tableau's next release will allow for Shapefiles to be brought directly in, to allow for custom-geographies, but I'll still use Alteryx as I can do all the joining, catchments...etc.

Agree on spatial, and I would only use Alteryx to read in huge text or csv files.  I remember the days of trying to read large data sets into a GIS, then waiting 5-10 minutes for it to load only to have it freeze and start over again. Never again!

If I could only use Alteryx for one purpose, it would definitely be for data blending.  I work with multiple data types from several sources and Alteryx gives me the oppportunity to create large blended datasets that I can perform analysis on and also send to Tableau to build visualizations.  Have not found another tool that allows me to build complex datasets without having to involve my company's IT department.

Thanks for sharing everyone! I definitely want to play around with the spatial capabilities a bit more... As @simon_runc points out, I get the impression that spatial is especially beneficial to folks in the retail industry 🙂

When it comes to using Alteryx for my job, I'd have to agree with @JayCaplan. The ability to easily blend disparate data sources allows me to spend less time on the actual process and more time on the fun part... figuring out what it means, and how best to tell the story to stakeholders (Tableau is especially helpful for the ladder).

One thing that I would only use Alteryx to do is parameterize my workflows. In other tools, having decision-makers, managers, and other analysts touch a process I built- more often than not- results in a broken process. By bringing these people into the fold with the use of analytical apps, I find Alteryx to be invaluable. By providing them apps, I can give them a process that I am sure they can't easily break with my own specified entry points and parameters, but it gives them the autonomy to get what they need when they need it.

Combine data from disparate sources.  This could be as simple as databases on different servers, but could also be mixing database extracts with flat files; or flat files of different types.  Alteryx can do this in an instant. If my purposes is to perform some analysis, I can usually do that right in Alteryx as well.

I ONLY use Alteryx for anything that has DATA in it's name. Why? Is easy, fast, versatile, simple, powerful, I can keep using adjectives, and I'll always get short.

I would only use Alteryx to solve a problem, where the use of unfamilar data is required, and you need to get an answer quickly and efficiently.  No other piece of software gives you all the tools you need to rapidly make sense of new data, address any problems, and then get it into the form you need to solve the problem as fast as Alteryx does.