Discuss a wide range of topics! Questions about the Alteryx Platform should be directed to the appropriate Product discussion forum.
SOLVED

My name is Bryan and I am a Senior Data Scientist at Digitas, a global digital marketing agency. I recently presented with my boss Vice President / Group Director Lora Kaye at Inspire 2018 about our "grassroots" approach to Alteryx software deployment, and the response from the community has been incredible. At Digitas, we implemented a new bottom-up approach to change management and software deployment, bringing Alteryx from ten users to 150+ and two servers in seven months. 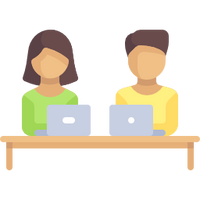 Does this sound familiar?

You work on an analytics team doing great work. However, you've noticed that 80% of your time is spent cleaning data, and only 20% of your time on insights. Your analysts are outgrowing Excel - they consistently crash the program and are always talking about eventually "taking a class in SQL". Dissatisfaction with increasing manual work has caused turnover on your team.

You know that bringing in Alteryx would immediately have an impact, but you face some challenges:

Fear of change: Not everyone thrives in change, and some people might think the current status quo is fine. Bringing in Alteryx means people have to change and grow - for the people who are comfortable, this isn't a good thing.
Lack of time: You have quarterly, weekly, daily deliverables that are due and you don't have time to shut down even part of the operation while you train them on Alteryx and move their processes to the platform.
No interest: Who cares? Ambivalence with the current work makes people less excited to improve it. Also, people don't want to "waste their time" learning some new tool when they don't see your vision.
Budgeting: How are we going to pay for a new tool, especially when we've already wasted money on other software that nobody touches?

If you face some or all of these limitations in your Alteryx deployment plans, you already know that traditional change management or software migration/deployment methods won't work for you. Showing up, buying a million dollars worth of licenses and trying to force Alteryx on your company doesn't work in the new agile analytics workplace. We faced all these problems at Digitas, so we had to invent a new path: the Grassroots Deployment.

There are five major tenets of the deployment. Read them all before you get started!

1. Pilot and share
2. Advocate and evangelize
3. Training and support
4. Reporting and Recording
5. Rollout and Repeat

By following and repeating this deployment model, you can dodge the major challenges of an enterprise top-down deployment while spreading Alteryx quickly and effectively. 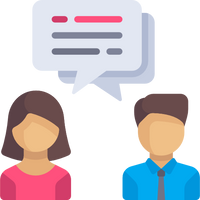 You, the intrepid business leader, know that Alteryx can revolutionize your team. However, you still need to validate where Alteryx fits in your process and run a small pilot to confirm it's efficacy.

Using a two-week trial, identify a core user (perhaps it's you) who can build out an Alteryx workflow to replace a small part of your process. Measure Alteryx against other tools you're using - how does it stack up? Is it easier, more cheaper, or more time intensive? Will you be able to actually Alteryx your vision?

At Digitas, we made a matrix of the current tools proposed as solutions for our analysts. Creating something like this can help you visualize and evangelize Alteryx to all levels of the organization. This chart is specific to our organization, you might find different results. I'll be making a separate post comparing Datorama and Alteryx from a marketer's perspective. 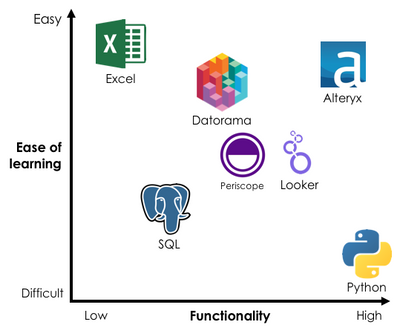 Once you have tested Alteryx and proven that it can help your team, start sharing your success. Word of mouth is best. You know who in your company has the drive and technical skills to make an impact - show them Alteryx and get them on a trial. You need to build a circle of under-the-radar Alteryx innovators to achieve small goals in this first step. Tell them to tell their friends.

Soon enough, you'll have a small network of people using Alteryx piecemeal across your team or organization, and maybe there isn't a lot of visibility yet. You'll have some small use cases, and perhaps teams are decentralized, but don't deny anybody access. The key is identifying self-selectors, people who are willing to learn, rather than forcing Alteryx on anyone. If they come forward asking what you're doing with Alteryx and how to join you, bring them on board. You need a team of volunteers for the next step. TaylorM has a great post on building an Internal Alteryx User group.

Thanks for the post(s) and for participating in the Alteryx Community.  If there's something that I can do to help you at Digitas or here in Community, please feel free to ask.  I'll look for your presentation when Alteryx makes them available.

Part three about the survey is live!