Discussion thread for day 7 of the Advent of Code : https://adventofcode.com/2020/day/7

Golly, I do love me an iterative macro!

Spoiler
Though I'm wary of iterative macros in the world of AoC (#IntcodeNightmares), this one seemed innocent enough. For now. 😉

I've built my fair share of "parent-child" macros over the years (six degrees of Kevin Bacon, anyone?), so this was at least a familiar path. Parsed out the bag descriptions & quantities and then built simple macros for part 1 & 2 to find the inner-outer combos (or outer-inner combos). While the macros were similar, they do lookup data in different directions, so created a separate instance for each part.

For Part 1 macro, used an iterative process that found the parent of every inner bag (and then the parent of that parent in the next iteration).

For Part 2, swapped the join to find the Inner bags & quantities for each Outer bag, summarized, then called them "outer" for the next iteration, repeating the process.

I often fall into the trap of repetitive macros... 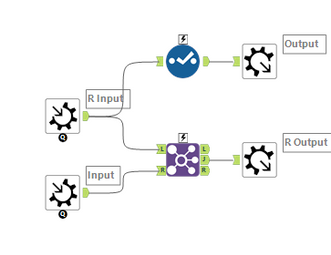 Day 7 | iterative macros always make my head hurt but got there... 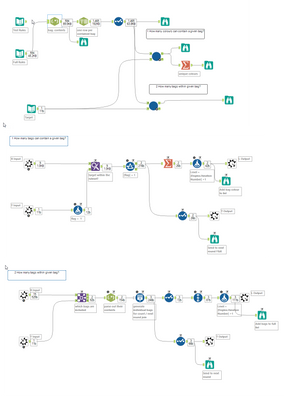 My brain was not working well enough for iterative macros this morning...

Note to self - Must read the question. I forgot to swap the inner bag to be outer bags in the second part so wasted a lot of time doing that! 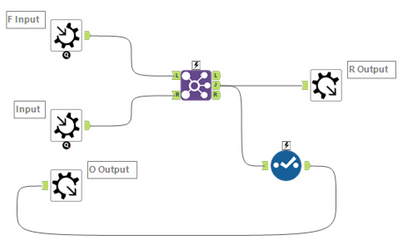 Macro for part B:

also, keeping track of the lineage...for no apparent good reason (yet, who knows what future days have in store for us...).