As a former Alteryx employee, I can't believe this is the first time I've ever posted to the Community. I have been blown away for years by the extraordinary people in the Community who actively engage every day and have been a mere consumer of all of the knowledge from the great things they post here. From the people who actively reach out and post questions on the Discussion forums to Alteryx ACE's like @MarqueeCrew, who once showed me that he set up alerts on his Apple Watch whenever someone posts anything to the Community so that he can jump on here and help out. Mark, you are every bit the Alteryx legend that we all know you are. To anyone reading this, YOU are the inspiration to us all to continue to use Alteryx and why we all love it and its community so much! Alteryx also has some of the best employees ever that exude passion every day, I wish I could mention you all here but that would take all day, so I want to say thank you to all of you!

Now I am working at Tessellation, one of Alteryx's Preferred Partners, as an Analyst, and I get to use Alteryx every day 😁.

I also get to work with Alteryx ACE, Nick Haylund, @Nick612Haylund, and Alteryx experts like one of Tessellation's Founders, Alex Christensen. Also, Aidan Bramel @AidanBramel, Jacob Kahn @the_jake_tool , and my manager Michael Green. Go connect with Michael on LinkedIn , he posts amazing content about everything data-related and he's overall just an awesome person. Jacob Kahn, @the_jake_tool, is a prolific Community User and a 2020 Excellence Award winner who became a good friend of mine while he was at Grant Thornton and continually raises the bar on everything Alteryx. Jacob is also an amazing person and somehow gets more done in a day than most people do in a year. Everyone else at Tessellation is an expert in their respective fields and it is incredible to work alongside them and see the breathtaking business value that they bring to some of the largest corporations across the globe.

Tessellation has one of the best training platforms on Alteryx, Tableau, Power BI, and Snowflake called Data Coach ,that I have access to now. After you complete a capstone project in Data Coach for your course, you are awarded an industry-recognized badge to post on your LinkedIn and other platforms. 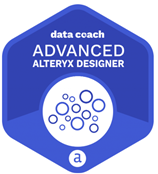 I wanted to share a capstone project that I worked on recently for its Advanced Alteryx course. I got to choose the data set for this project, as it is with all of the capstone projects on Data Coach, and I wanted to make it fun. So, I downloaded a data set and I used the awesome Download Tool to connect to an NBA stats API. Two major requirements of the capstone were to create a custom Macro and build out an analytical app.

I even got to work on my photoshop skills and create the image for the Macro. I superimposed Kobe Bryant into the NBA logo and added the Tessellation logo on his jersey. 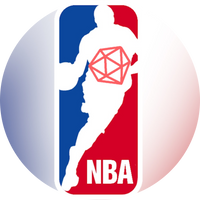 My idea was to create an app that let the user peek into the data to answer one of basketball's most asked questions, "Who is the better player, Michael Jordan, Kobe Bryant, or Lebron James?" The first part of the app attempts to answer this question to be based purely on statistics(even though I know that is not everything). *Spoiler*: Check out this article to find out who the best player is(this link is also included in my workflow and app). The second part of the app allows a user to look up stats on a single current player as far back as the 2014 season.

Through some cleaning, even threw in some RegEx parsing in there, I was able to create the final analytical app(user interface and outputs shown below). If you want to learn more about Regular Expressions, there are some great articles already on the Community about how to use it, but leave a comment below if you want that to be the topic of my next article.

A Few Things I Learned

I have attached an export of the workflow below, if you want to open it and take a look. Please feel free to post questions below and provide feedback, so I can continue to learn and grow.

Also, add me on LinkedIn if you want to reach out directly: https://www.linkedin.com/in/jacob-miknuk/

Special Shoutout: Wanted to thank Matthew Braun @matthewbr, an Alteryx Solutions Engineer rockstar, for asking me to post this workflow/analytical app here and for reminding me to post it! Thank you, Matt! 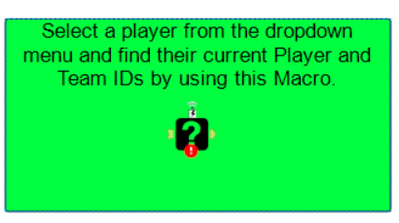 but it was very interesting. Thank you for sharing!

Thanks for letting me know, Emil! I'll go back and make sure it's included as an asset in my export.

Hi @Emil_Kos, can't seem to edit the original post anymore, so let me know if the new attachment works. And again, thanks for letting me know!