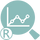 Most leading CRM solutions today, such as Salesforce and others, offer external data import, cleansing, as well as descriptive and predictive analytics features. Question remains, what value, if any, would Alteryx add to a business that already uses a progressive CRM solution? Your input will be highly appreciated.

Alteryx isn't a CRM.  It's a tool to help you cleanse data, shape data, wrangle, visualize data; as well as using that data to make predictions/forecasting.  I think of it like CRMs are where you "handle" your customers, and Alteryx is where you use the data collected by that "handling" to gain insights (including making predictions or performing machine learning).  Alteryx allows you to do those things in a very user friendly drag/drop format, and at a processing speed that can't be beat (think minutes of processing with Alteryx vs. hours or days with other software).

As a result, do you recommend a company that's on Salesforce (or a similar software) to make the additional investment in Alteryx only to improve its processing speed, or there's more to it than meets the eye?

How do build a model to predict which of your current prospects are most likely to become clients in the next 3 months, so you can have your sales folks focus their attention on, say, the top 20% of most likely prospects?

Point taken. I'm also not aware if it's possible with SF to clean and organize unstructured data. Perhaps that's also a strong differentiator.