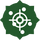 This article first appeared on LinkedIn.

Recently, I had the opportunity to attend the Alteryx Inspire Conference in London. I am currently undertaking a year in industry placement at Sainsbury's of which Alteryx plays a very clear role in the analytics of the property department of the company. Over the course of 2 days, I was able to experience all things Alteryx, from how it is used in different companies to how much of an impact it can make to my own personal analytics journey. This blog post is mainly to reflect on what knowledge I gained as well as bits of handy advice for anyone who is attending their first Alteryx Inspire 🙂

This year, Alteryx Inspire Europe was held in London, at Tobacco Dock. Arriving at the conference was a very stress-free experience - which was relieving as it was a completely new environment of which I had never experienced before. The schedule was very well planned out, allowing for freedom of choice with what breakout sessions you could attend throughout the day. This brings me onto my first little snippet of advice - DOWNLOAD THE APP!

Alteryx provides a very handy and easy to use app which has everything you need to know about Inspire and more besides. I would 100% recommend using this as you can add breakout sessions to your heart's content, and you can earn points which translate to free merch - and we all love free stuff.

To kick off the two-day event, an introduction was given to all attendees by Dean Stoecker, Chairman and CEO of Alteryx. He spoke about how we are all on a unique journey and that it doesn't matter how long it takes us to get somewhere, it is the fact that we try in the first place with the resources we are given. I found that this set a very nice tone for the event, and made myself and the rest of the audience, very intrigued to hear stories relating to individuals' Alteryx journeys.

There were a few speakers whom shared their stories of success in their respective industries, proving that Alteryx really does have the power to enhance learning and even enhance company efficiency. Stories came from:

Amro Amdoun Mohammed (Siemens) - Alteryx ended up replacing Excel across the entire financial department, aiding visuals, the ability to automate updates and the ability to run processes whenever they are needed.

Rafal Olbert (ASDA) - Coming from a heavy coding background, Rafal had aims to revolutionise analytics and e-commerce within ASDA and all of this became possible with the introduction of Alteryx as the main software of choice for the company.

Carlene Jones (Nova Nordisk) - Nova Nordisk is a pharmaceutical company which provides more than half the world's insulin. Alteryx was introduced to the company 3 years ago and, regardless of the high risk, paid off as what once took an entire team 4 months, now takes one person and the click of a button.

All of these people have unique stories and it was interesting to see what an impact Alteryx can have in real world business.

As the day went on, I managed to take that passion and motivation from the intro and use it to fully engage in the breakout sessions that were available across the venue. As this is only a short post, I won't go into too much detail on them all. Yet, I have to say that one session really caught my attention.

I attended a short session entitled; "Spatial Analysis of Shipping Lanes and Flight Paths - Inmarsat". Prior to this session, I had no idea who Inmarsat were, or the impact they have on global telecommunications and location intelligence. Coming from a mainly spatial analytical background, Inmarsat's session opened my eyes to the impact that the spatial suite in Alteryx can really have on problems regarding vessel details and maritime tracking. In short, you could really see how Alteryx was able to solve problems where missing data was the main issue. It is safe to say that Inmarsat are very grateful for the spatial match tool!

It is well known in the Alteryx community that the Grand Prix is the must see event across the entire Inspire conference - and that couldn’t be more accurate. Fuelled by complimentary drinks and a determination to support your favourite finalist, the Grand Prix was definitely the highlight of my first Inspire.

Alteryx users from all across the world compete in a series of preliminary challenges in the upcoming months towards Inspire. The top 4 competitors then get invited to battle it out for the infamous Grand Prix trophy (and eternal bragging rights too, of course).

The 4 finalists then take to the stage to see who the ultimate Alteryx champion is and who can complete the challenges in the quickest amount of time. Experiencing this first hand is without a doubt an unforgettable experience and audience involvement only adds to the adrenaline. You find yourself rooting for your favourite and feeling 'second-hand nervous' watching them ponder over an ultimately complex weekly challenge that has the potential to stump even the best of us.

Unfortunately, our very own Dr Tim didn’t win this time around, but it definitely wasn’t from a lack of support from our entire team, cheering him on from the very front. 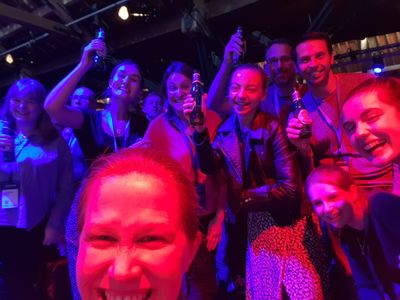 As you can probably guess, we were pretty excited for the Grand Prix 🙂

Day 2 was set up in a very similar way to Wednesday, but that didn't mean that it was any less interesting. Unfortunately, due to underground issues we missed the introduction and keynotes. However, I think the first breakout session of the day 100% made up for this.

*Sidenote: We arrived around half an hour before the end of Libby Duane's talk. Luckily, the organisers of Inspire live streamed it to different rooms across the venue. If you do happen to be late due to issues that are out of your control, make sure to find out where these rooms are as you might not miss out after all.*

The first session that I attended on day 2 was entitled: "Aces Got Talent: An Interactive Alteryx Ace Showdown". In this session, a group of ACE's - which are basically people who are extremely well-versed in anything and everything Alteryx and have been recognised for their efforts within the community - led a Britain's Got Talent style session, competing against each other to become the 2019 winner. Throughout the showdown, I was extremely engaged and would definitely recommend any newcomer to add it to their agenda.

Each ACE would get a chance to express their favourite tool, favourite workflow they have created and why they love Alteryx. This year, Sainsbury's own Samantha Hughes was up there, which was really great to see and experience as she shared her love for Alteryx. After every round, the audience got a chance to have their say, voting on their favourite ACE based on their mini presentations.

Before the winner was announced, there was a short Alteryx quiz of which I got extremely competitive about yet didn't win (I'm over it, sort of). This motivated the audience to get involved, and I always feel like if you interact and do something hands on then you remember and get the most out of it.

What else does Inspire have to offer?

Not only did I attend breakout sessions on the second day, but I also took the opportunity to walk around the venue and figure out what else was going on outside of the breakout sessions. I figured out that if you used the app to add sessions to your own agenda, and then take the survey of the session, you were awarded 5 redeemable merch points per survey. In the centre of the venue, you could visit the merch stand where you could use your accumulated points to buy anything from a funky t-shirt to a portable charger - and an umbrella which was very apt for the location of this year's Inspire. It was a fun activity and was extremely popular amongst the majority of attendees.

If you are a social media advocate and love to post about anything and everything that is going on in your life - which was me to a T if I'm being honest - you could actually win a prize out of this. There were stalls set up inside the venue where you could grab yourself an Alteryx water bottle that doubles up as a speaker! All you had to do was post a cool picture with #Alteryx19 and you could walk away with a funky souvenir. It is safe to say that there was plenty to do if you didn't fancy any of the breakout sessions in a slot.

To wrap up the entire conference, Dr. Michio Kaku gave a very thought-provoking talk on how much of an impact analytics actually makes on the wider world. Dr. Kaku is an American theoretical physicist, futurist and populariser of science. He has written several physics-related books such as Physics of the Impossible and Physics of the Future. It was incredibly insightful to hear what Dr. Kaku had to say about what analytics could possibly look like in the future. Looking toward the future of technology and analytics was central to his presentation, suggesting ideas such as contact lenses that will allow you to find out the entire genetic make-up of someone just from looking at them. On the whole, Dr. Kaku really has the ability to capture an audience, and he definitely ended the conference on a very high note.

Overall, my first Alteryx Inspire experience was pretty great. I would definitely say that if you are interested in analytics or if analytics is a key part of the job that you do, get yourself to the next Inspire in 2020. You will be far from disappointed. 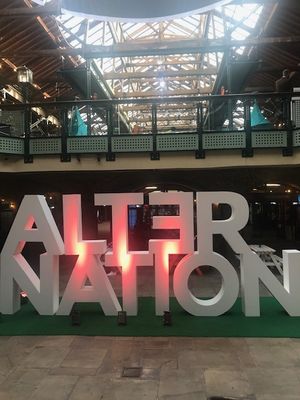