In this episode of Alter Everything, we’re joined by Carlene Jones and Nynne Haagensen. Dialing in from Copenhagen, they have a chat with host Maddie Johannsen about building analytics culture using a staircase framework, and how to be responsible with your data, and why you should think bigger and just get things done. 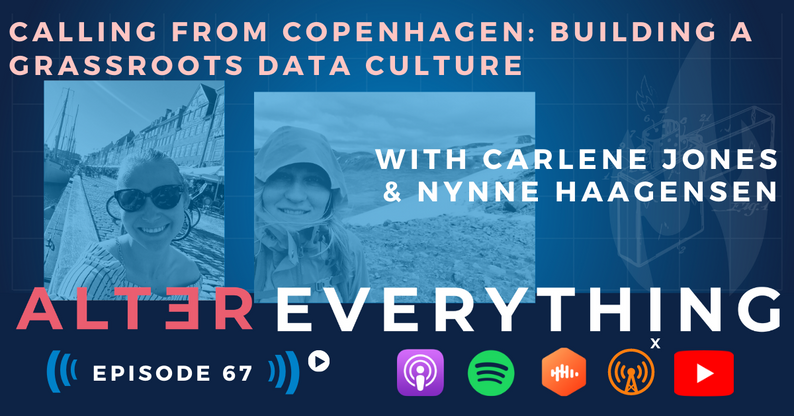