If you’ve attended Inspire in the past, you know the Grand Prix is the ultimate challenge for users to test their data analytic skills. If you haven’t had the pleasure of attending Inspire, let me get you up to speed (pun intended). The Grand Prix was a data analytics “racing competition” for 10+ years. In 2017, we made the decision to break tradition (gasp!), and switch up the Grand Prix format to be more collaborative, where three drivers joined together to form one super racing team. Three teams of three presented on-stage in Las Vegas for the finals. 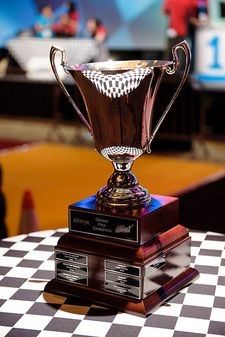 Coveted Grand Prix TrophyAfter last year’s test run, I am here to announce that in 2018, we are going back to the basics – the Grand Prix is returning to its traditional format! In Anaheim, we will once again have 3 final contestants, or “drivers,” armed with the Alteryx platform and their own wit. They will race each other live, under the bright lights, as they work to solve a series of data challenges faster than their competitors. The goal of the evening: to prove which contestant is the master of the workflow. (For a ‘behind-the-scenes perspective’ on what it takes to put on a Grand Prix, check out this post from my colleague, Scott Jones, who was been the Master of Ceremonies for more than a few Alteryx Grand Prix races in the U.S.)

Get ready for a new crowd experience at this year’s Inspire. The audience will have the opportunity to follow along with our drivers while the race is happening so that you can see who’s in the lead in real time. We will also be incorporating the broader Alteryx platform. But the elements you always loved about the Grand Prix won’t be changing – three contestants on-stage who have the need for speed will compete live; and of course the winner will still receive the Grand Prix trophy, a fabulous prize, and bragging rights for a year.

Think you’ve got what it takes to be our next master of the workflow in Anaheim? Interested in flexing your Alteryx muscle in front of a roaring crowd? Here’s how you can throw your hat in the ring for the 2018 Alteryx Grand Prix:

We hope you can join us for Inspire, and either compete or cheer on our final contestants in this year’s Grand Prix. Early Bird pricing ends Feb 28 for Inspire 2018, and you can register here. 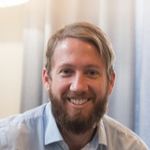 A.  Where are stars from you?

B. Are you competing?

C. Who else should compete?

2. I'll give it a whirl but I'm unlikely to attend Inspire US (I'll go to Inspire Europe)

good of practice and I’ll root for you in London.

@LordNeilLord I like you're listing conventions. A, 2, D. Nice!

@MarqueeCrew Unfortunately I don't think I will be attending Inspire either, but best of luck to everyone else who will participate! :)

@LordNeilLord I am extremely flattered. Not so sure speed is my thing, especially with the trials being when I'm home with the kids over spring break. But, nothing ventured, nothing gained.

@NicoleJohnson are you giving it a go? Will we get to hang out again at Inspire this year?

C) Not sure I have many more people to recommend.  @JWeissman, any interest?

@MarqueeCrew, it's enough of a win to make your list of callouts.  I don't think I can make those dates, but I'll see if I can move my schedule around.

@MarqueeCrew - Starred! And of COURSE I signed up already - prepping for last year's Grand Prix trial is the reason I'm such a big Community fan today! It's basically going to have to be a yearly tradition so I can continue to pay homage to my Alteryx roots... :)

Thanks for the call out.

B. I think it would be fun, just a little hesitant.

C. I know it says no Aces, but what about partners? @jrgo would rock it! 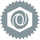 B) Sounds fun!  But alas I won't be able to make Inspire this year...

B) I absolutely will if I am able to go to Inspire this year!

Just threw my hat in the ring :) 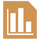 How do we sign up for the April Detroit User group?  thanks

Hi Becki - The registration is closed but I can still look to add you in. I will follow-up with you via email.

I totally missed the email about the preliminary rounds! (Stupid Easter break)

There is always Inspire Europe for you to compete in.