The Academy Group had a need for systematic daily data entry and dashboard reporting (based on that data) for their 2017 Summer School program. Using a combination of Google Forms, Alteryx Designer w/ Scheduler, and Google Data Studio The Academy Group (in partnership with Alteryx for Good), was able to create daily on-demand reporting for their Summer Program.

The Academy Group was a brand-new organization when this engagement began. They were not yet at a level of maturity in their data strategy to quickly capture and report data. As the Summer School Program began, leaders realized they needed a way to track daily student metrics, including attendance, engagement, grades, and behavior. There was very little budget for this work and a short turnaround time before the program started. Alteryx served as the centerpiece for combining and transforming multiple data streams into a rapid reporting framework that delivered on their data requirements. Alteryx Scheduler ensured that the daily data inputs were processed at frequent and consistent intervals, funneling actionable insights to dashboards which teachers relied on for daily status monitoring. 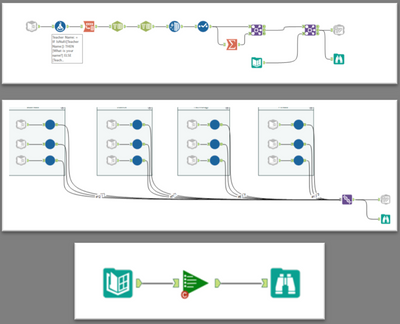 This solution provided the Academy Group with end-to-end individualized and aggregate reporting on their students. Most importantly, it allowed teachers to spend their time in the classroom, instead of toiling away in Excel. The automated data pipeline allowed for rapid insight gather which lead to improved interventions for students.