Overview of Use Case
A fashion company, founded in Los Angeles in 2002, quickly gained recognition as a designer jeans and it became a pop culture phenomenon. They entered the fashion scene before online apparel sales were common, and the brand grew increasingly popular as it was splayed across fashion magazines and sprinkled into the lyrics of hip-hop music. But with the growth of athleisure, and as online shopping continually upended the traditional brick-and-mortar retail model, their business suffered and in 2017 was just one of several retailers to seek bankruptcy protection, close stores or go out of business entirely.
Describe the business challenge or problem you needed to solve
Emerging from bankruptcy and determined to reignite a relationship with its core customers, this fashion company made significant investments in data and technology, most notably investments in data science and analytics in an effort to truly understand customer shopping behavior. One problem, in particular, the company faced was reversing the trend of over-discounting items, as customers had become accustomed to deep price discounts resulting in eroding profit margin. To combat the problem, Particle planned and executed a three-phase approach.
Describe your working solution
Once the customer segmentation was completed, Particle went to work creating the pricing probability model. Primarily relying on the predictive tools in Alteryx Designer, Particle designed a probability model using a decision tree algorithm to identify which customers were most likely to pay full price for products. The rationale being that the company should not discount products for customers willing to pay full price. During that time, Particle created additional Alteryx workflows to help the fashion company with other needs including email address repair, fuzzy matching customer records, and data imputation methods.

Describe the benefits you have achieved
The first use of the new customer segmentation and pricing probability model was executed in a holiday marketing campaign and delivered a 275% lift in revenue compared to the same campaign the prior year. Encouraged by early success, the fashion company furthered its use of the segmentation, through A/B testing as part of a larger learning agenda Particle created. In just three months, the segmentation strategy and pricing probability model had reversed the three-year downward trend of average customer lifetime value (CLTV).
Related Resources

View other Particle's case studies on the website at www.particle-data.com. 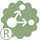 Can you please share this workflow? Or something similar that helps with predicting the price of a product?