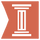 I am not an expert, but here is my undertsanding of what has happened. Any feedback to help me is much appreciated

1. When a connection is created in gallery, it assigns it a number, for the sake of an example, aka:555666777. We assign an alias name to this, for example "DSS" so when we look at our input tool to connect, we see the name "DSS" that techincally is connecting to aka:555666777

2. Since the database shifted, it required a new connection string. Instead of going back to the gallery and editing the connection (the most simplest solution), we unfortunately ended up deleting this connection and creating a new one with the same alias name. However, since it is a new gallery connection, alteryx gave it a new aka number. aka:222333444

3. Because of the change in aka numbers, even though the alias names are same, the aka numbers are not and so any workflow scheduled previously fails to run and gives error: "Unable to translate alias DSS"

The error is gone when we update these connections in the input, but when we are talking hundreds of workflows, updating input and then rescheduling is not viable.

4. To solve this, I renamed the alias of the new connection to the old aka number. So now instead of my alias name of the new gallery connection being "DSS" it is set as 555666777.

5.  This solved the issue of all workflows previously created to continue running on schedule.

However, it seems inconvenient to have such a long alias name and would be good to have a more readable one. So the question is that is there a way to either bring back the aka number of the connection that got deleted, or change the aka number of the new connection to be the old number, so that there is no interruption in schedules of workflows already on gallery (there are a lot of them so updating their inputs would be a pain) and simultaneously have a more readable alias name?

Any help feedback would be appreciated!