Within Designer, placing an Input Data tool that connects to SQL Server and running a simple query that pulls thousands or even millions of row can take hours to retrieve data.

Using other tools such as SQL Server Management Studio (SSMS) will run the same query and retrieve the same amount of data within minutes. How can we improve read speeds in Designer?

ODBC architecture adds another layer into the mix when communicating SQL from a client to a database. One; between the application (the SQL query within Alteryx) and the Driver Manager > Two; then between the Driver Manager (which translates it to native query language) and the service provider interface (also known as the driver).

This translation adds a performance overhead which is worse with large amounts of data; either a large number of records or very wide tables or large objects (LOBs) data types or any combination of such.

Tools such as SSMS are not a good "apple-to-apple" comparison of reading performance mainly because SSMS does not use an ODBC interface to connect; it uses a .NET Provider interface.


Connect using Microsoft Windows OLE DB. OLE DB is considered the predecessor to ODBC and will have better performance.

2. Select either, "Microsoft OLE DB Provider for SQL Server" or "SQL Server Native Client 11.0" as the Provider and click Next. 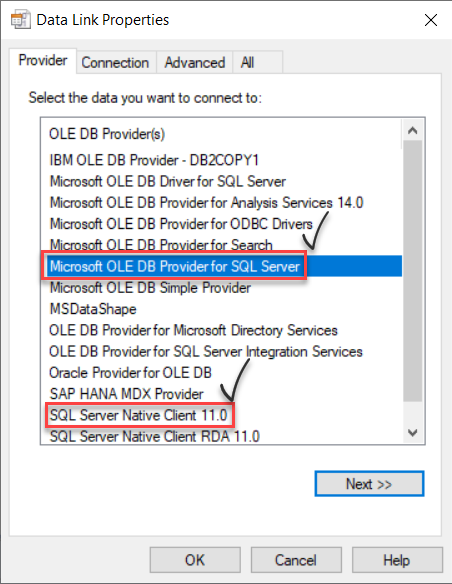 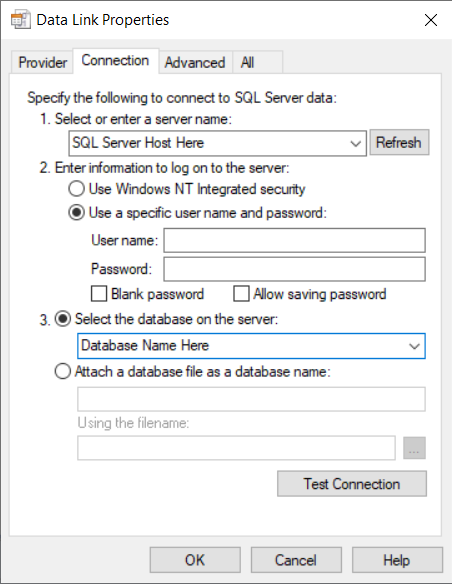 
If ODBC is still needed for one reason or the other, to help lessen performance overhead, use the statement below within the PreSQL/Post SQL Statement field in the Input Data tool.

When SET NOCOUNT is ON, the count (which is the number of rows affected by a T-SQL statement) is not returned, to reduce network traffic.