Modzy is a ModelOps and MLOps software platform that allows analysts to deploy, manage, and get value from AI—at scale.

Their platform offers analysts an easy way to deploy and monitor models in production, with easy documentation to guide them through the deployment process in a matter of minutes, rather than months. Another feature of the platform is access to the Modzy model marketplace, which includes over 100 pre-trained models across a wide range of AI techniques, like machine learning, computer vision, natural language processing, and more.

Below is an image of their model marketplace, which provides a sample of a few of their included models: 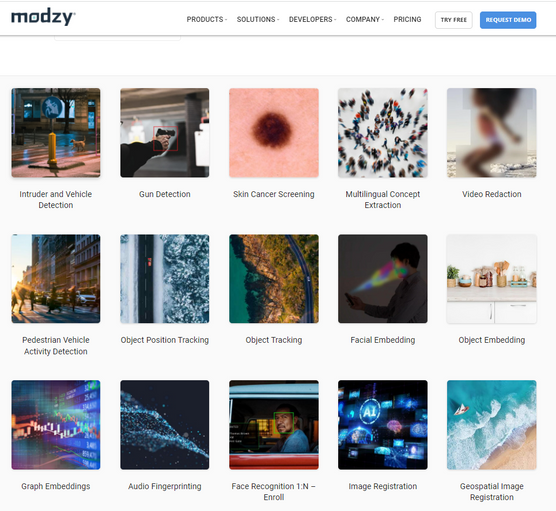 How Can Modzy be Leveraged Within Alteryx Designer?

Anyone that has created custom Python tools for non-python users to deploy, understands the difficulty of sharing their scripts with other users. Typically, many of these will get shared within a Jupyter Notebook. It becomes very easy for an analyst to accidently add or remove characters that could alter the success of the script without them truly understanding what occurred and/or how to fix it. This is the reasoning behind my personal favorite functionality that Alteryx provides, the ability to allow users to leverage their skillset in languages like Python and embed the coded functionality behind an Alteryx Macro. With this, users can create custom analytics that can be easily shared with other team members, allowing them to easily drag-and-drop the designed functionality into a workflow without the risk of accidently altering the code.

So how does this relate to Modzy? The Modzy team provides users with an easy-to-navigate UI, in which you can locate several different deployment options for the models using their API. For the purposes of this article, we will focus on how an Alteryx Designer user could deploy the Image-Based Geolocation Model by embedding a Python Modzy API call within an Alteryx Macro.

As a Modzy user, you can click into each of their models and find samples of the embedded code to be used in API Calls:

After locating the sample code in the python (Modzy-SDK) selection, I then embedded this code into an Alteryx Macro within a Python Jupyter Notebook. 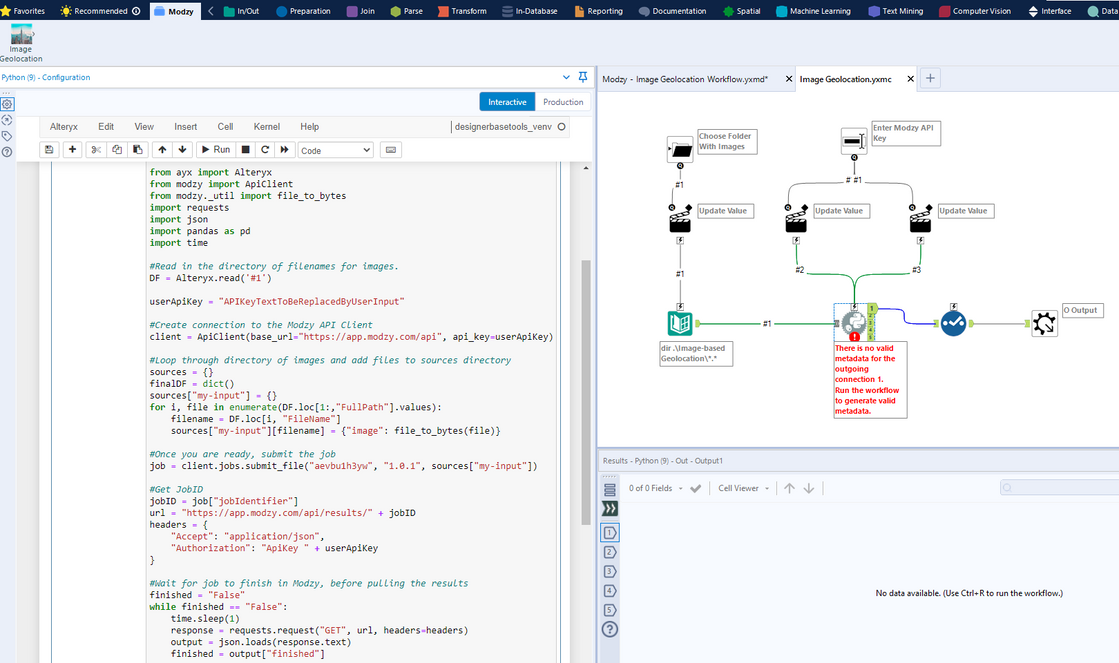 With a limited amount of tweaking of their sample Python Script, we were able to create a drag-and-drop macro, naming it the "Image Geolocation" Macro, providing it a custom image for the icon and even placing it in its own customized "Modzy" Category. Through the power of Alteryx Macros, now another analyst can drag this macro into their workflow, select the folder directory full of images to loop through, provide their API Key and deploy the Modzy Image Geolocation model via their API. The results can be visualized directly within the Alteryx Designer, without needing any knowledge on Jupyter Notebooks or the Python language! 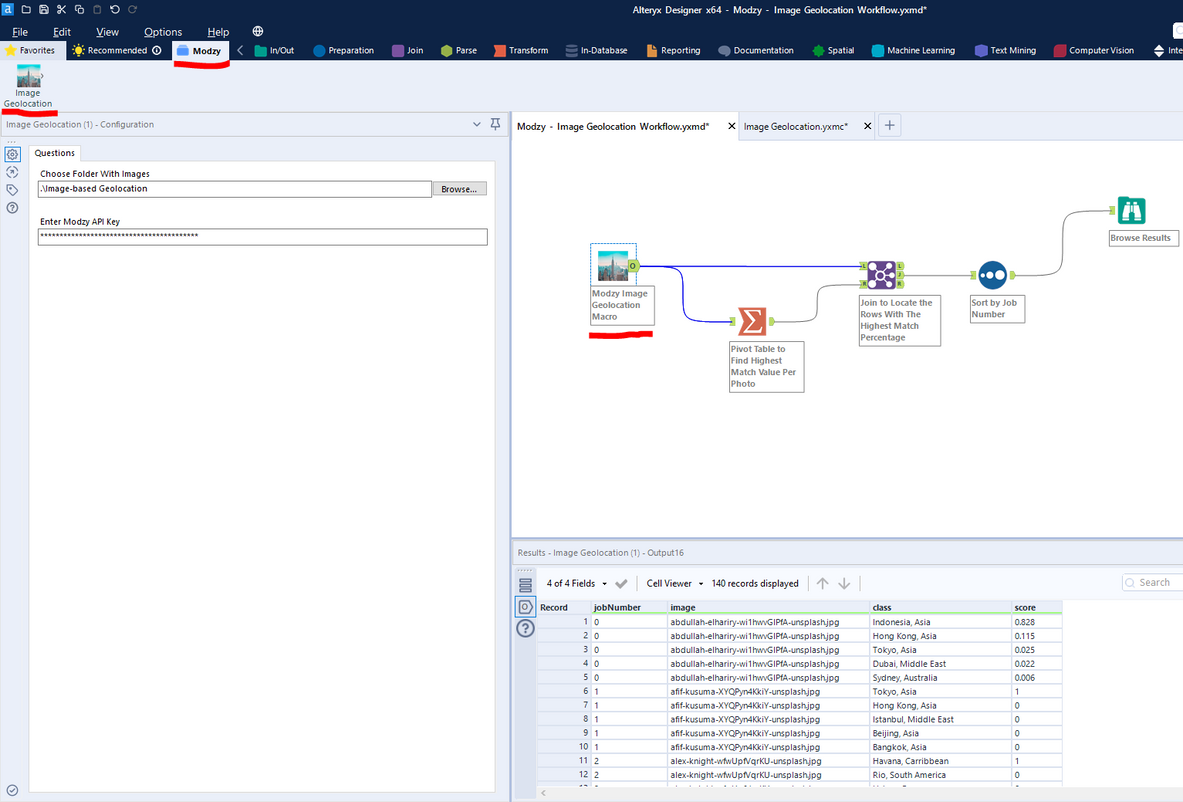 Very useful. Thank you for sharing. Propably I will not use it today or tomorrow, but I will add it to my favourite folder and I will use it in future 🙂

Awesome! @Emil_Kos please let me know if I can help in any way!