Learn more
I AGREE
Reject
Welcome to the new SparkED Group Hub. Before you get started, check out our new program overview video
We are currently experiencing an issue with Email verification at this time and working towards a solution. Should you encounter this issue, please click on the "Send Verification Button" a second time and the request should go through. If the issue still persists for you, please email support@alteryx.com for assistance.
community Data Science Portal Alteryx.com
alteryx Community
Sign Up Sign In
Search
Turn on suggestions
Auto-suggest helps you quickly narrow down your search results by suggesting possible matches as you type.
Showing results for
Search instead for
Did you mean:
Close
Free Trial 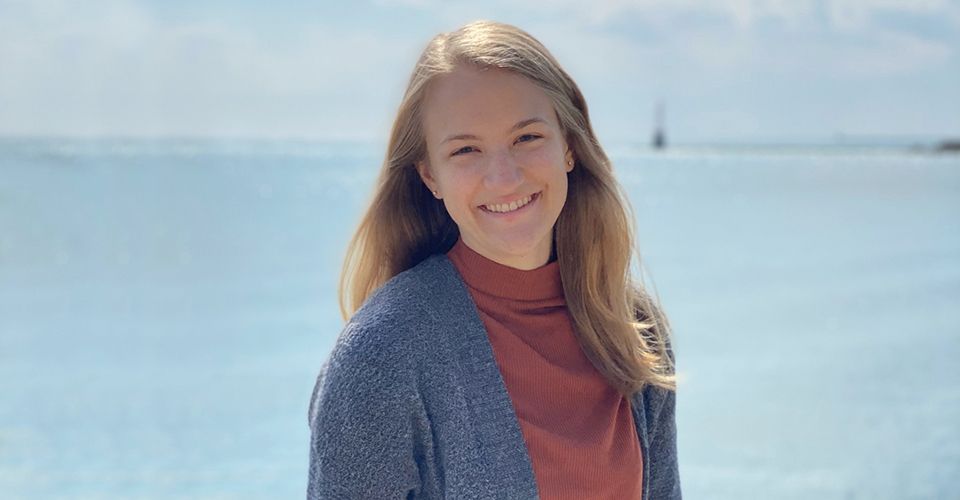 University of Colorado Boulder senior Claire McCollough considered herself an analytics rookie in the summer of 2020. But after spending the next year solving data puzzles on her own time using Alteryx analytics and data science software, she figured she had leveled up to rookie-plus.

It wasn’t until she entered the 2021 Alteryx Grand Prix — a race against the clock to see who can solve data challenges the fastest using Alteryx Designer — that McCollough realized just how far she had come.

In the prelims, she edged out Alteryx power users from around the world, becoming the first full-time student to make it the finals. At Alteryx Virtual Inspire conference, she went toe-to-toe with seasoned data scientists and analytics gurus from firms like HSBC, T-Mobile, and BNP Paribas. She finished fifth among the 10 finalists, making her an instant Alteryx celebrity.

“It’s been a little bit overwhelming,” says McCollough, who generally keeps a low social media profile. “But it’s also been really fun to accept this as part of my identity. And now I get to network with talented people who love Alteryx as much as I do.”

So how did an amateur data sleuth gain the chops to compete with the world’s leading Alteryx pros?

Opportunity played a huge role. McCollough learned Alteryx Designer in Kai Larsen’s Business Analytics course at CU Boulder, which trains students to solve the same type of real-world data challenges as professional analysts. With free Alteryx Designer licenses courtesy of the Alteryx SparkED program, students can experiment with the entire Designer palette to prep, blend, and analyze any type of data, across any discipline. In addition to software licenses, SparkED provides prescriptive learning paths and teaching resources to help educators and students master the software.

McCollough’s self-starter personality did the rest. Outside of class, she participated in nearly 100 Weekly Challenges in the Alteryx Community, where she learned from many of the same users she met in the Grand Prix finals. She received her Alteryx Designer Core Certification in Larsen’s class (it counts as part of the grade), but studied for and passed the Alteryx Designer Advanced Certification on her own time.

“I love solving Alteryx problems in my free time,” McCollough says. “The Weekly Challenges deepened my skills even more than the class. Every single one requires different thinking skills, which is really cool.”

In fact, McCollough often finds herself forgetting that this is supposed to be hard. “I don’t feel like I'm working when I use Alteryx,” she says. “I can go two or three hours and get lost in a project without realizing it.”

Writing Her Own Ticket to Her Dream Job

One of the challenges McCollough tackled in class was coming up with business recommendations for a hypothetical brick-and-mortar business based on Amazon customer rating and pricing data. She used Alteryx Designer’s regular expressions tool (RegEx) to clean the numerical data sets, including parsing out HTML and immaterial numbers and symbols. She then joined the text fields describing the product into a single file for analysis in an automated machine learning platform.

“Alteryx made it possible to organize the data so we could look for patterns not visible to the naked eye,” McCollough explains. The results included some useful insights and a few oddballs. “For whatever reason, products that used the word ‘water’ in the description were almost always rated lower.”

The Alteryx muscle memory that she has built is already serving her well. She expects to use her Alteryx skills during her summer internship with mapping solutions company GbBIS, then return to CU Boulder to complete her master’s in accounting. She already has three different job offers lined up should she decide to pursue them.

And these offers came prior to her performance in the Grand Prix, which promises to open even more opportunities.

“It for sure means I can keep using Alteryx wherever I go,” McCollough says. “I want to do these types of problem-solving analytics in my career, and Alteryx is a great option for that. My two or three years will be focused on accounting, but who knows after that?”

For educators, McCollough’s story is proof that giving students the tools to succeed in data analytics can ignite opportunity. “I entered the Grand Prix on a whim because I thought it would be fun,” she says. “I’m so grateful for the way things turned out.”

Learn more about SparkED, the education program from Alteryx that provides free access to our technology, teaching and learning resources, and a vibrant online Community.

Watch the Grand Prix in action at Inspire.