We All Start Somewhere

<statement> The Alteryx platform is incredibly capable and flexible. <statement/>

“You’ve got to download a trial of Designer. It’ll change your life, get you a promotion, and take care of all dirty dishes in a 1-mile radius.” Maybe not the last part, but you NEED to try Designer!

But in all the excitement, it’s easy to lose sight of the fact that there is a learning curve to using Designer. That’s doubly true if you don’t have a technical background. We forget that when we first experienced the thrill of solving, it got in the blood and we rushed off to solve every weekly challenge we could find like Matlock. Mastery takes time and effort to be sure, but with everyone saying how easy Designer is to use it can be discouraging to open up your trial and see a seemingly infinite number of tools that require you to know what you’re doing.

Assuming that someone told you about Alteryx and you have time with that person to get started using it, asking for help can still be irksome. Having recently gone through this scenario, I know that the struggle is real and that’s why I’ve created a Designer Cheat Sheet. This cheat sheet covers some of the most commonly used tools for building workflows. It also covers some basic actions you may want to take, and the tool(s) associated with that action. There are also some useful terms for the uninitiated and a little advice for using functions.

There were many more tools that could have gone into the cheat sheet, but I purposefully left out many crowd pleasers (RIP RegEx). The idea here was to simplify to the point that someone can download the trial and use this cheat sheet to make a workflow that accomplishes his/her task. When I first started trying to use Designer, I knew what I wanted to do, just 1) not what tool would do that or 2) what language Alteryx uses to describe that action.

1 – Is there a tool that does what I’m trying to do, or is it a combination of tools? Knowing what tools are out there takes a while. Some tools seem to do very similar things but sometimes only one will work depending on the datatypes and structure present. Other times, you’ll need to use a couple tools to accomplish what you thought was one task.

2 – A big difference between natural languages and computer languages is the level of specificity. In conversational language, the words Sort, Parse, & Filter can all be seen as fairly equivalent. Computer languages were intentionally created to be as specific as possible. When you’re just starting out, the tools don’t have the strong identities that seasoned users recognize.

With that in mind, I wanted to create a “translation” from common parlance into the specific language used in Designer. Instead of seeing 24 categories containing 100+ tools, you can use terms you know to narrow down the experimentation around 2 or 3 tools. And while workflows built while referencing this cheat sheet won’t be the most elegant or efficient, my hope is that it will help others to get started on a path that will alter their way of thinking about their problems. 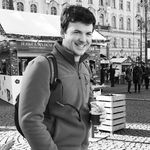 Ian joined Alteryx as an Instructional Designer in 2018, having previously created training materials for the Oil & Gas and Healthcare industries. Ian’s focus is creating helpful content to get new Alteryx users up and running as quickly as possible. No muss, no fuss, just learning!

Ian joined Alteryx as an Instructional Designer in 2018, having previously created training materials for the Oil & Gas and Healthcare industries. Ian’s focus is creating helpful content to get new Alteryx users up and running as quickly as possible. No muss, no fuss, just learning!